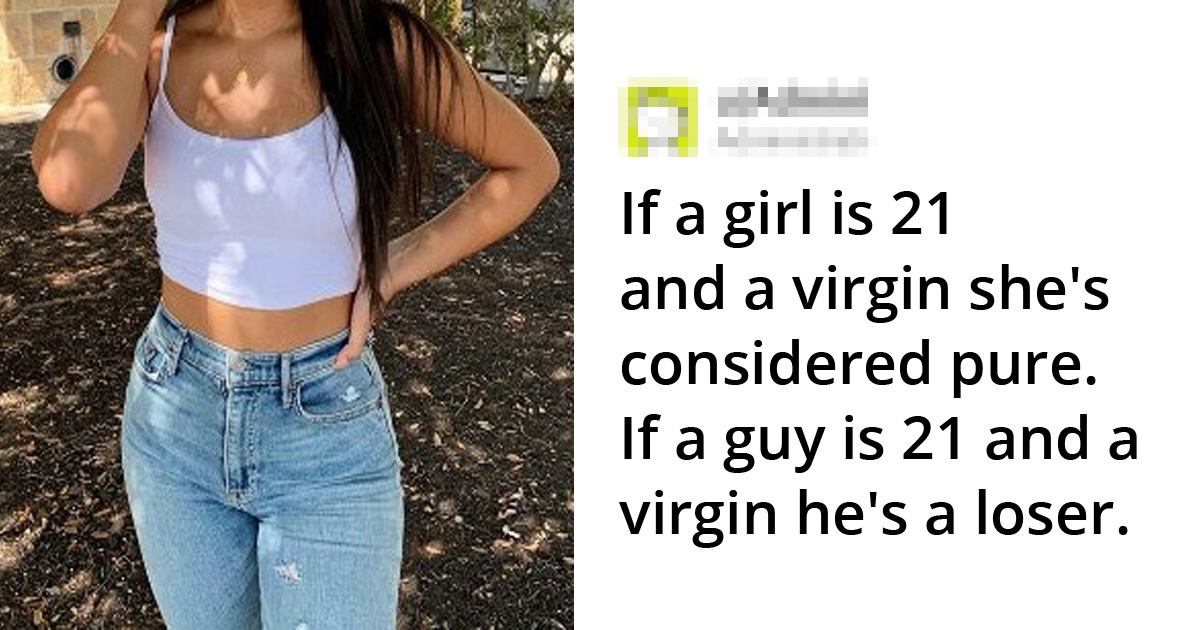 18 Double Standards Of Society That Send People Flying In Anger

The double standard is a mentality that exists in many people. A lot of us may have that ourselves without realizing it. Perhaps it’s due to our priorities and feelings when comparing close people like family & friends to strangers. It isn’t always bad because it simply shows that human beings are flexible creatures with complex moral values.

But when it comes to business relationships, the blatant double standard enforced in favor of monetary gain is just disgusting. Double standards that pertain to discriminations based on social standing, gender, or race are also disgusting Plain disgusting, and we’re here to call out those things through the answers of these Redditors who feel the same.

“People (mostly family) look at me like I have three heads when I say my husband does his own laundry. Why should I need to do a grown man’s laundry when we both work full time? He’s never been asked/questioned about not doing my laundry.” – kait09tales

The compliments women get – are compliments men rarely get. Being told that certain characteristics about their personality make others feel good, appearance compliments.

This is absolute fuel for who has it worse. I know. But there is no lying in that both sides are receiving an imbalance in the kinds of recognition they wish they’d get.” – PTSDaway

“Daughters being raised and taught to clean and cook while brothers get cleaned up after.

My brother is 10 years younger than me ( he’s 15) and my mother got upset with me when I suggested he learn to take out the trash or literally a single chore. When I was his age, I was cooking and cleaning and helping take care of him while doing well in school and doing extracurriculars.” – ItsD_D

“I could go to the doctor and get a vasectomy tomorrow if I wanted to. A woman has to have like 2 or 3 kids and be married for most doctors to consider performing a tubal ligation.” – dsayre1986

“Women being more extensively talked to about the dangers of sex as well as how inconvenient the health system has made it to get birth control, all the while being ridiculed. Meanwhile men are given the “attaboy” and a pat on the back and are showered with condoms.” – RoseNTheGiantLilypad

“Why do men get pockets big enough to hold all their sh** and women to get fake pockets sewn shut or a f***ing micro pocket? Is it too much to ask that I don’t have to carry around a satchel like a peasant?!” – surebegrandlike

“That men/boys who are sexually abused/raped by women are lucky and wHeRe wErE tHoSe tEaChErS wHeN i wAs iN jUnIoR hIgH. Being a male survivor is f***ing hard. The stereotypes and ignorance toward us make it even worse. Sexual abuse f***s with you in ways that you don’t understand until you get older and the older you get the more ways it f***s with you.” – ImInOverMyHead95

“Women things are women things apparently until it’s a profession and then it’s for men. Cue all the eye rolls.” – ShovelingSunshine

“Household chores and who is “supposed” to do what. Women clean the inside of the house and men do yard work. Uh, no. That’s some bull. We all live in the same house. We all pitch in wherever it is needed. One day, my husband’s friend called him while we were cleaning the house. His friend said, “Uh, oh. In trouble with the wifey?” No! He just lives here, too.” – amandadear

“This is (very slowly) changing but fat actors always get cast opposite model-gorgeous thin actresses as their love interests and nobody bats an eye. Fat actresses are rarely allowed to be lead love interests in the first place and when they are, they’re more likely to be paired with less conventionally attractive/more schlubby men. At the end of the day people are people but it does send a double standard message.” – easy0lucky0free

“Women who either have sex, love sex, or have a great deal of it after a relationship; are considered loose. Etc. But if a guy has sex, even if it is multiple partners; then he’s just being a guy. It is such bull***t.” – InformallyGuavaCado

“When a woman cries, it’s viewed as normal. When a man cries, he’s told to man up and stop being a pussy.” – MinutesTaker

“Single mother: red flag, trashy, her fault for choosing a dead beat as her child’s father.

“Men know more about any given subject, and women always have to prove their knowledge on it.