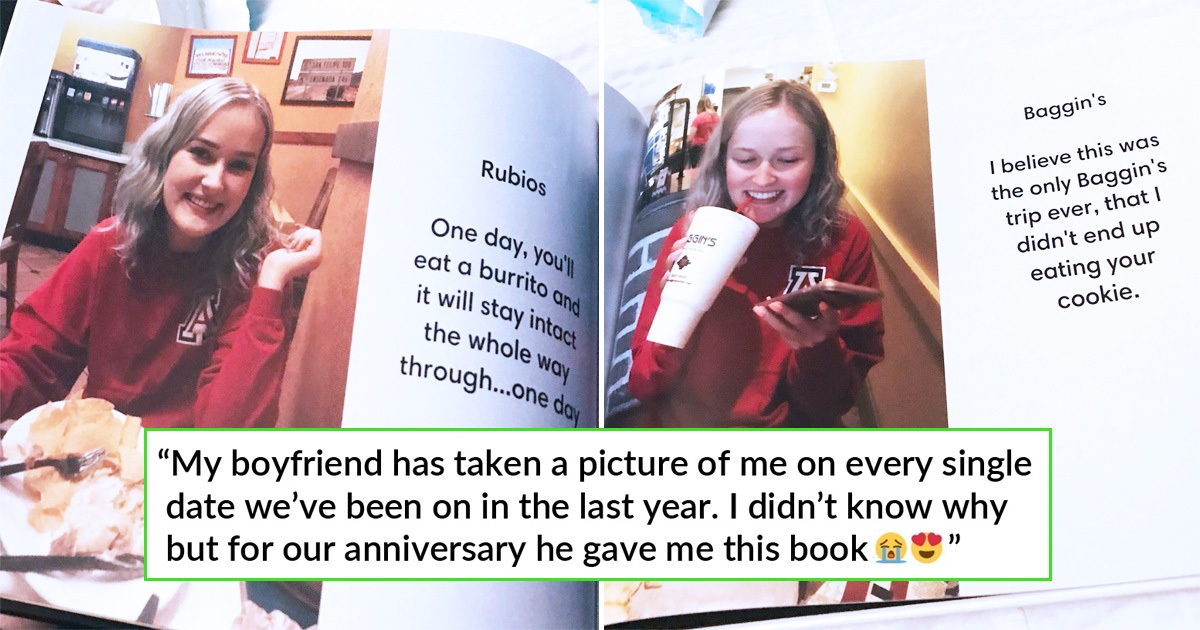 18 Couple Who Found Out Extraordinary Way To Celebrate Their Anniversary

A relationship’s anniversary is something special between two people. To celebrate that you two have fallen in love through thick, thin, and all the weirdness, you want to celebrate it the best way you know. Some people enjoy a simple date night at a romantic restaurant before going home to settle for a sweet moment.

Some took the opportunity to get a puppy as a family addition! Meanwhile, some appear to be so similar to each other, and they got the same thing. True love is such a weird thing. No matter how ‘unromantic’ someone is, they still try their best to show love.

“Got my wife a family portrait for our anniversary!”

“Cookies I had made for my first year wedding anniversary!”

“Couple celebrates their 60th wedding anniversary in their original outfits.”

“My husband and I just celebrated our 20th anniversary. He wanted to get me traditional platinum or China. Platinum was too expensive. So, meet China!”

“Celebrating our 6th wedding anniversary today… I think we know each other pretty well by now.”

“My boyfriend and I met at the dog park, so it was really their 2 year anniversary last weekend.”

“My dad sneaks out of the house every year at the same time for my parents’ first date anniversary. He puts on his old high school letter jacket, rings the doorbell, and asks, “Is Kris home?” only to ask her if she’ll go out with him, reenacting that first moment 44 years ago.”

“My grandparents got this picture framed from their 60th anniversary.”

“What time is it?… ANNIVERSARY TIME!”

“My husband hates sappy greeting cards. This is what I got for our last anniversary.”

“My wife and I accidentally got each other the same gift for our second anniversary.”

“My wife and I decided to do something creative for our 21st anniversary portrait. ’21 Years of Adventure.'”

The dedication is just beautiful.

“Every year on our anniversary we open up a wedding advice submission from the guests that attended. This is the best one yet.”

“A romantic anniversary gift from my husband.”