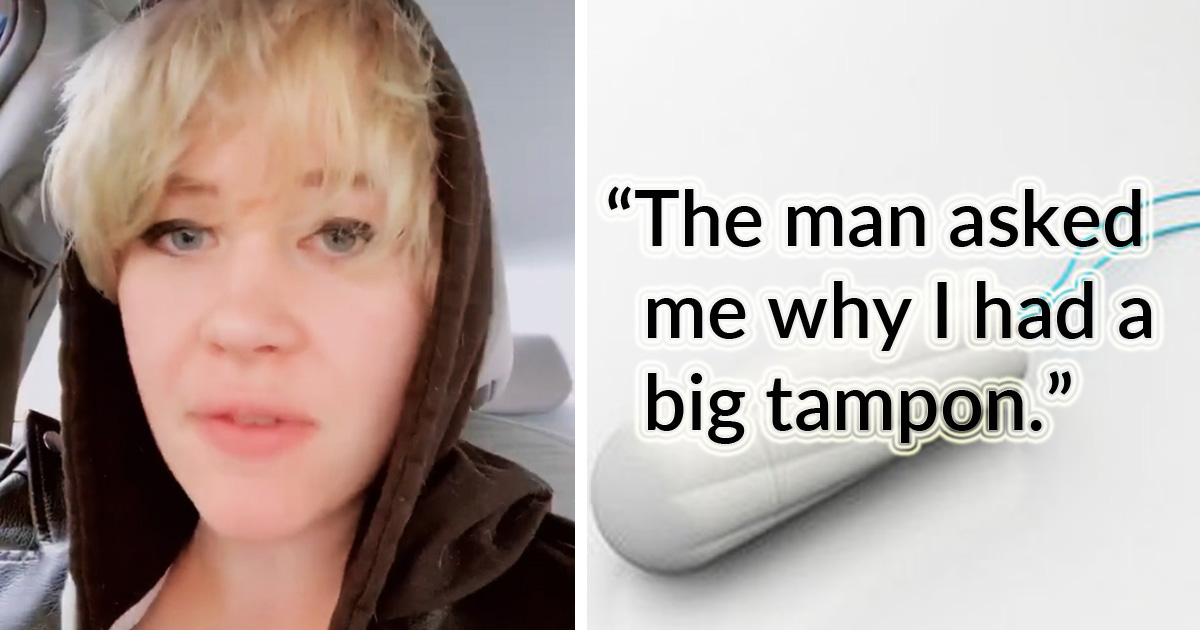 Mansplaining. We thought we’ve been through this, that enough men should have been informed that it is NOT okay to assume women need you to automatically explain things to them. Unless we went up to you to ask for your explanation on obvious things (such as our period), we wouldn’t ask you.

Side note: there will NEVER be a time where we ask you about period.

Tyra Blizzard from Ottawa, Ontario, asked her followers to share their own most shocking mansplaining moment and then began with her own story. Any woman will be dumbstruck, not because this man tried, but because he tried HARD to tell this woman how many tampons she needs.

“I just know you don’t need that many.”

Tyra said that she asked a friend to grab her lip gloss from her bag. But while ruffling, he found some tampons inside and asked her, “Why do you have so many tampons?”

Tyra brushed it off and said, “Just in case.” Because we all know nobody wants to hear, we explain about blood flow in detail while we’re just chilling. But he pressed on and said, “But you don’t need that many.”

Tyra said she was ‘flabbergasted’ to see one of her friends acting as if he knows better. “How would YOU know MY flow?!”

He thinks she’s lying about having her period when she was sleeping and it got on her bed sheets.

She got an order for water with lime… man continues to inquire if she knows what lime is. So she gave him a bowl of it.

An attempt was made to scare a woman… excelling in cyber security by saying he knows her IP address. He blocked her later.

An attempt was made to explain about a term in immunology to this woman… by a man with 11 years less knowledge than her.

He tried to tell her how she should pronounce her name. Annell. With no ‘r’.

An attorney got mansplained she’s a paralegal.

He thought women are fakes when they wear Yankee caps and shot her with a couple of trivia. The last question happens to be about who broke Babe Ruth’s record. That’s her grandpa.

This man argued that pregnancy doesn’t start until she found out about it. Over dinner. She’s 14 weeks in. He tried to explain how pregnant she was.

She got two: one, unprompted, came up to her to explain economic structure isn’t… actually buildings. Another asked if she’s sure she got her period.

He said this NICU nurse and lactation specialist way of teaching a new mom to breastfeed was wrong. So, she asked him to show them how. He walked away.

He said she lied about her period lasting for a week to refuse sleeping with him.

Her doctor told her to take a vacation after motherhood. She went to a female doctor and was diagnosed with multiple autoimmune disorders… and adrenal failure.

This one is creepy: the man demanded an answer about why she had a big tampon, chased her down, and even stalked her.

He was later convicted for 2 years for rape. This story is from 10 years ago.

She only got to see her house once before closing on it since it was during the pandemic… so home insurance agent thought she didn’t know what a deadbolt is because she was hesitant when she answered it.

Ha! Hahaha! Really, what would we have done had he not tell us?! I definitely thought that was just a compass, too!