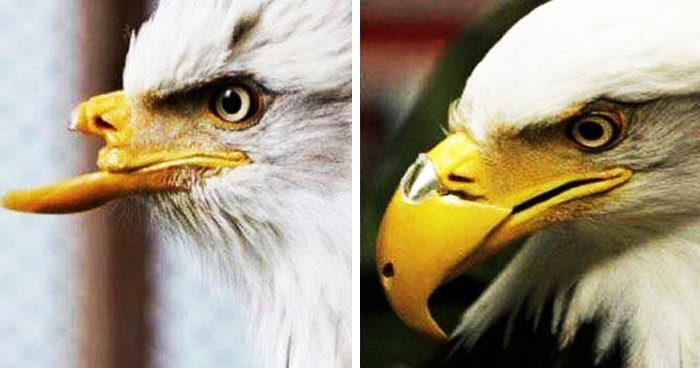 It is crucial that humans stay away from animals’ habitats. Our intervention can often cause problems for animals that are used to relying on instincts. Nature running its course means that a healthy ecosystem consisting of prey and predators exists. But there are also moments when human interventions are necessary.

These are stories of animals who received help from people, often strangers, and were saved. When most people think they are not worth it, there are people who believe they, too, deserve a chance. They may be ridiculed, but it’s so easy to see that they never regretted it!

This baby elephant was struck by a motorbike while crossing a road in Thailand survived after an off-duty rescue worker performed CPR on it. The man had worked in rescue for 26 years and performed dozens of CPR attempts on humans, but the elephant was the first victim he had ever managed to revive.”

“Hundreds of turtles that were rescued during the deadly storm in Texas is released in the Gulf of Mexico.”

“German Shepherd who was tied to a rock and thrown in the river by her ex-owners finds new home after being rescued.”

“Rescued chimpanzee thanks Jane Goodall by giving her a hug.”

Aasha, a 9-month-old Bengal tiger weighed only a third of the average cub when rescued from a traveling circus due to ringworm. She is now a happy tigress with a date.

“This eagle shot in the face and got 3d printed beak which made him more bad*ss.”

Cops in Parma set up an umbrella and taped around the car when a dove decided to build a nesting area in it.

Swan hugged the man that saved it when it ran into a chain-link fence.

Jake sustained 75% burn on his body, including his paw pads, and was abandoned at the vet because his previously owners couldn’t afford the bill. Now he’s an official member of the Fire Department!

She was rescued in April 2015 from the streets of Oropos, a rural area near Athens – Greece. Her face turned into stone by mange. Petra was finally adopted in Germany in August 2017, two years after her rescue.

Imam keeps the mosque’s door open for stray cats to find a safe and warm place.

Jung Myoung Sook, 61, rescued more than 200 dogs that were about to be sold as food in South Korea.

Jordan Trent, 32, is blind on his left eye, so he got a dog no one wanted that is also blind on its one eye.