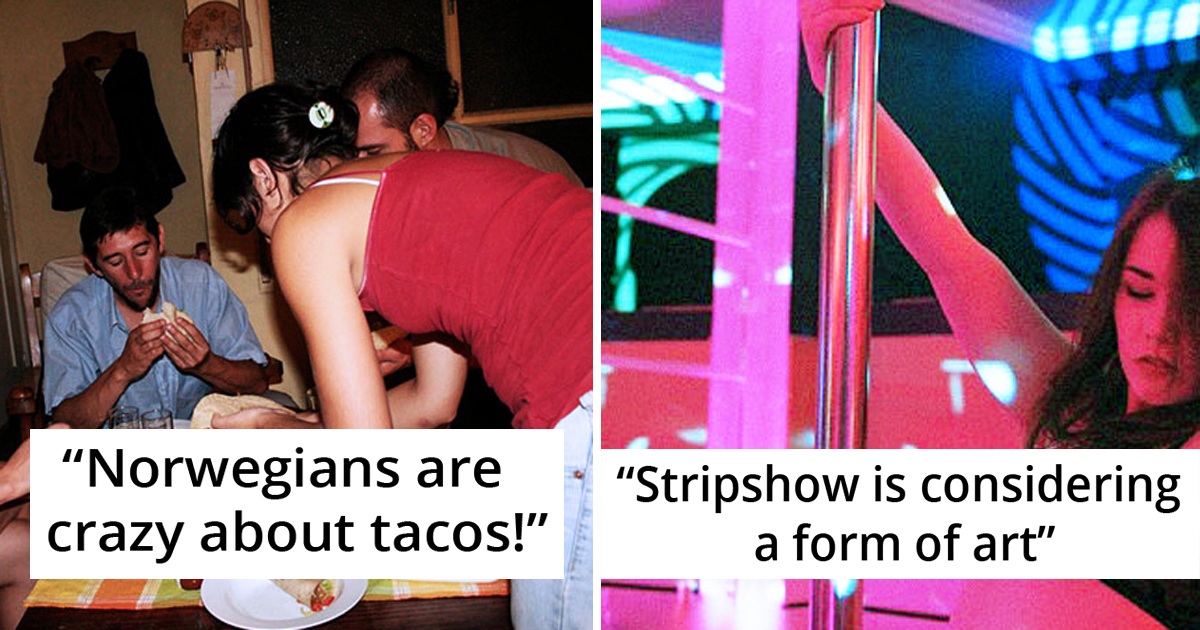 Learning a new culture is such a fun pastime now that we really don’t have the opportunity to travel at all. This time, we will be taking you around Norway, one of the world’s most exotic countries.

If you’re not of Europe-origin, the word ‘Norway’ probably reminds you of cold and snow or salmon. Some of you may actually think of Viking, the ancient predecessors of Norwegians. Other interesting facts you might not know are Norway is one of the happiest countries in the world, and the people live equally.

Tacos were only introduced back in the ’90s, but it quickly became Norwegians’ favorite. It got so popular that they have what we call Taco Fridays in English or ‘tacofredag’.

Stripshow is considered a form of art. While filing for tax, the Norwegian court ruled striptease as an art form and exempted from value-added tax.

Did you know that anyone from anywhere can go to Svalbard to live and work? That’s because the region is declared to be visa-free.

The people of Norway also celebrate what’s called ‘Easter Crime’ aside from the usual Easter we have. During “Påskekrim,” people enjoy true crime-related entertainment from books to shows and documentaries. This tradition began when Nordahl Grieg and Nils Lie wrote a crime bestseller, which had an ad posted a day before Easter, and it was a huge success. Many thought an actual crime had happened, and that was the beginning of the tradition.

This prison facility is encouraged to invite inmates to communicate and be involved in sports activities and even eating with their guards. This was done to reduce aggression from both sides and improve the relationship between everyone there. Despite the maximum security of this prison, inmates enjoy a flat-screen TV, their own toilet and shower as well as fluffy towels.

Norwegians use the slang word ‘Texas’ to say ‘crazy’. This term may have come from the history of cowboy films popularity in Norway, according to Daniel Gusfre Ims. Daniel is the head of advisory service for Language Council of Norway. To Norwegians, Texas symbolizes lawlessness and unrestrained.

Income is part of Norway’s public record to prevent tax evasion. People are less likely to report less income as they spend on luxury items.

Norway has about $1 trillion for oil fund, but they spend only 3% of the budget. The rest of the money is to be saved for future generations.

Perhaps it was the cold weather, or the slow pace Norwegians are used to. But slow TV is a popular show where people enjoy what is essentially a long video of people doing certain activities. For example, NRK regularly broadcasted documentaries like a 376-hour boat voyage and tens of hours of chorus singing. It was back in year 2009 when the first slow TV program was broadcasted: a 7-hour Bergen-Oslo train journey.

Norway is strict when it comes to advertising since 2007, and this especially affects automobile sellers. One of the senior officials of Consumer Ombudsman said, “Cars cannot do anything good for the environment except less damage than others.” The guideline included for carmakers ask for “phrases such as ‘environmentally friendly,’ ‘green,’ ‘clean,’ ‘environmental car,’ ‘natural,’ or similar descriptions not be used in marketing cars.”

Publishing a new book in Norway means that your book is guaranteed 1000 sales. That’s because after passing the quality control, Arts Council Norway purchases 1000 copies of the book to be distributed to libraries. If it’s a children’s book, an additional 550 is bought. This helps writers and publishers afloat as they build their career on top to tax-exemption for value-added tax!

During his time serving as a Prime Minister, Jens Stoltenberg pretended to be a taxi driver in Oslo in 2013. He went incognito because he believes that “taxis were among the few places where people shared their true views.”

Svalbard has a high polar bear threat and people are encouraged to always be equipped enough to scare off polar bears. The governor also suggests carrying firearms when traveling outside the settlements.

Troll is a Norwegian car brand that stopped production just two years in 1958. The factory in Lunde, Telemark, only managed to make five cars, all of which now belong to a museum.