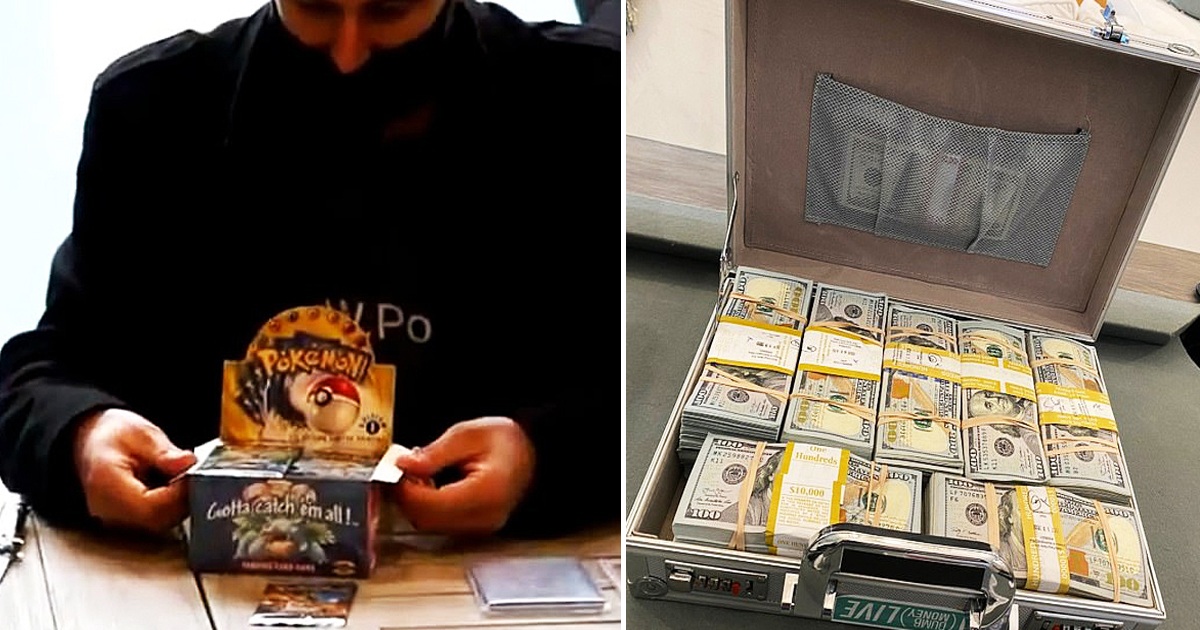 Launched in Japan as a video game, Pokémon has gradually manifested into a trading card game, and it’s been hitting a lot of store shelves. The first edition cards are scarce and considered to be among the most expensive Pokémon cards. The same Pokémon cards have, however, become the present talk of the internet.

A YouTuber was recently left distraught after his live-streamed first edition Pokémon trading cards turned out fake. The YouTuber, identified as Chris Camillo, had yearned to seal a record-breaking deal with the $375k cards having reached its peak on YouTube Channel Dumb Money.

Camillo had decided on the deal after watching how the Pokémon trading card game market skyrocketed in 2019. But as the cards were unsealed from the Gotta Catch Em All box, reality did dawn on Camillo, who had filled a silver briefcase with $100 bills. Fortunately, no money exchanged hands, but each of the participants was left in confusion.

The sellers led by Jake Greenbaum had planned on buying the unopened box of first edition Pokémon cards, about 36 packs for $375k. Once unveiled and verified as genuine, the team at Dumb Money would have tucked the box away for 365days. But then, when they cracked open the box, not all were the first edition; a few had already been opened – clearly fake, and some were resealed to appear like the real thing.

‘The color’s is different on this one and that one.’ An observer said while a second added: ‘This is not the first edition card.’ After one of the packs was unsealed, a third insists on calling the sellers, saying the cards are unacceptable. Nevertheless, the cards are said to have been bought from an unidentified 3rd party, and all of the people involved strongly dismissed the opinions that the entire episode was a stunt.

27 Men Shared When They Stood Up For Female Friends From Predatory Behaviors March 4, 2021

Homeless Teen Living In A Car Shows How He Makes His Meals Goes Viral With 20M Views March 4, 2021