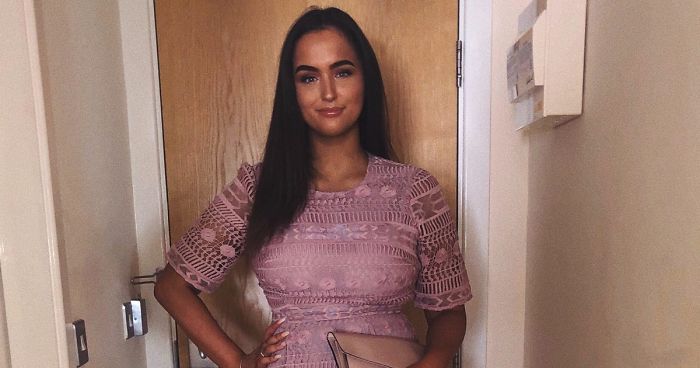 Woman Who Mocked On Tinder For Her Dress, Now ASOS Puts Her Photo On Its Site

Many of us would admit that Tinder brings more good than bad as it permits users to find a like-minded person with whom they can begin a relationship. Nevertheless, as hundreds of women on the internet can assure, Tinder can equally be a pretty horrible experience as it allows users to express some terrible behavior.

Just recently, one user identified as Thea Chippendale, 21, had an unlucky run-in with a man on Tinder, who offered some unsolicited advice. ‘I am not going to lie. You are just a bit of a joker. That dress in the last photo isn’t going to do you any favors. I hope helps.’ George, a Tinder user, had written.

Concluding his comment with a thumbs-up emoji, Thea went on to post their exchange on Twitter, displaying how rude users on Tinder can be. Noticing how Chippendale was criticized, people behind ASOS, fortunately, decided to make Thea their model by placing her photo on their website to represent the outfit. Now, that’s perfect revenge.

‘I was in complete shock when ASOS reacted. I didn’t believe that they had done what they did and honestly I am grateful they were able to put on that positive spin on such as a negative scenario. Since the viral tweet, Nick Beighton, the CEO of ASOS had invited me down to their Head Quarters where him and other amazing ASOS staff granted me a tour of their numerous departments and how ASOS works.’ Chippendale explained.

She added: ‘I was given a makeover and I got a little photoshoot with their professional photographers. It was an exciting experience. In all, it’s so wonderful how one tweet can impact one’s life. My photo now gets recognized all over the internet and now, I am the ASOS girl.’