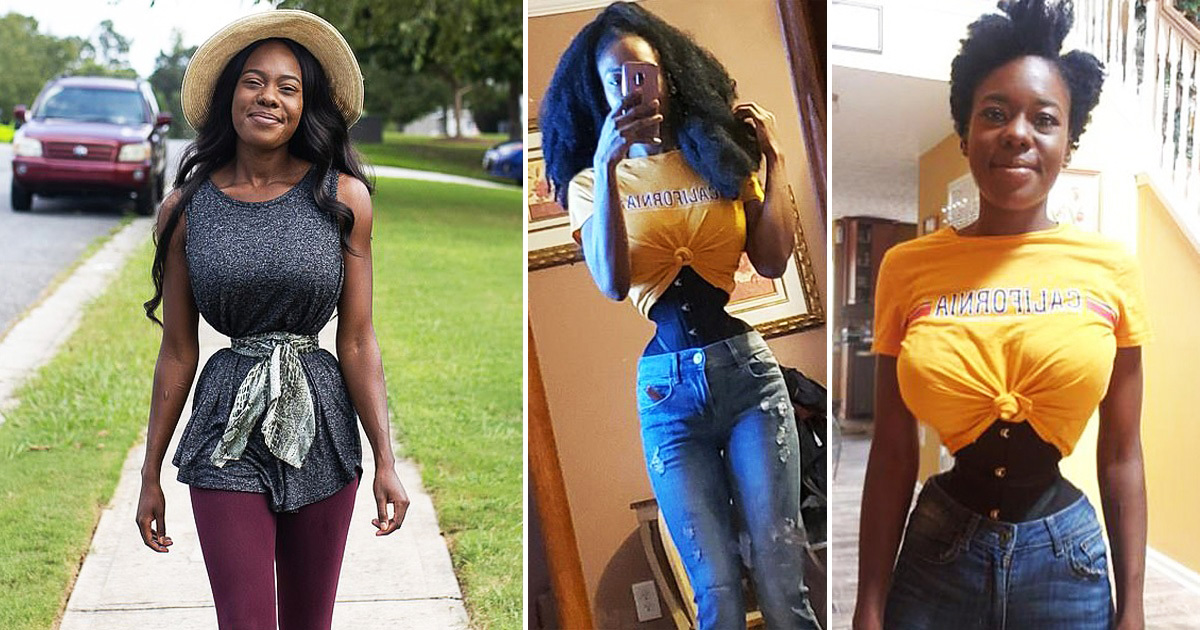 Woman Wears A Corset 18 Hours A Day As She Wants To Shrink Her Tiny 21.5-Inch Waist Down To 14-Inch

A 26-year-old single mom from Georgia has been wearing a corset for 18 hours a day. Her torso is currently so tiny already at 21.5-inch and her target is 14-inch.

Her aim? “I want to have the smallest waist in the world. If I get down to 14 inches my waist will be roughly the same size as an average newborn baby’s head and one inch smaller than the current world record.”

Sammy began her journey in April 2019 to gain some curves with corset. Two years ago, she hated her body that weighed 198 pounds and wears size 16 for her 35-inch waist. It was in December 2018 when she began losing weight and reached size 6 four months later.

But the mother-of-one was not happy with her waist’s size and decided to embark on waist training after watching many did so online.

She felt miserable about her body and lost weight. But that was not enough.

Speaking about the lab worker’s first time buying a corset, she said, “When I first started I just wanted to try and get to a 20-inch corset, but once I’d got there I just wanted to keep going.”

She now weighs 116 lbs and wears size 00, but even so, she wants to reach further. That is why she spends 18 hours wearing the corset every day and once a month, 36 hours straight. Of course, a lot of people think this sounds very unhealthy for her.

“Despite people’s concerns I think it has helped my health massively,” she explained. “I used to be a terrible binge eater but I just can’t binge eat when I’m wearing this. It helps my posture so I won’t have a hump when I’m older and it’s very good for my metabolism.”

Not just that, her family also shows support for her decisions and lifestyle and friends said she’s unrecognizable. “My mom even wants me to get her a corset. I’m definitely more confident now than I ever have been before,” she added.

She also suffers from a lot of negative comments, like being called a freak. She said, “If I’m out shopping, people will stare and they will sometimes even stop and ask me questions about how my waist is so small and ask if it hurts.”

“Some people say I’m weird, call me a freak and ugly, or ask me why I would do this to myself. But I don’t know how people can say it’s dangerous, it’s actually very comfortable.”

But that didn’t stop her.

“Everyone wants to be remembered for something and I just want to have something that I can smile to myself about and know that nobody else has done it.”

“When you’re skinny and pretty, life is just so much easier.”

She also added that more people are asking her out and more people notice her. She wants to see “how far I can take it.”