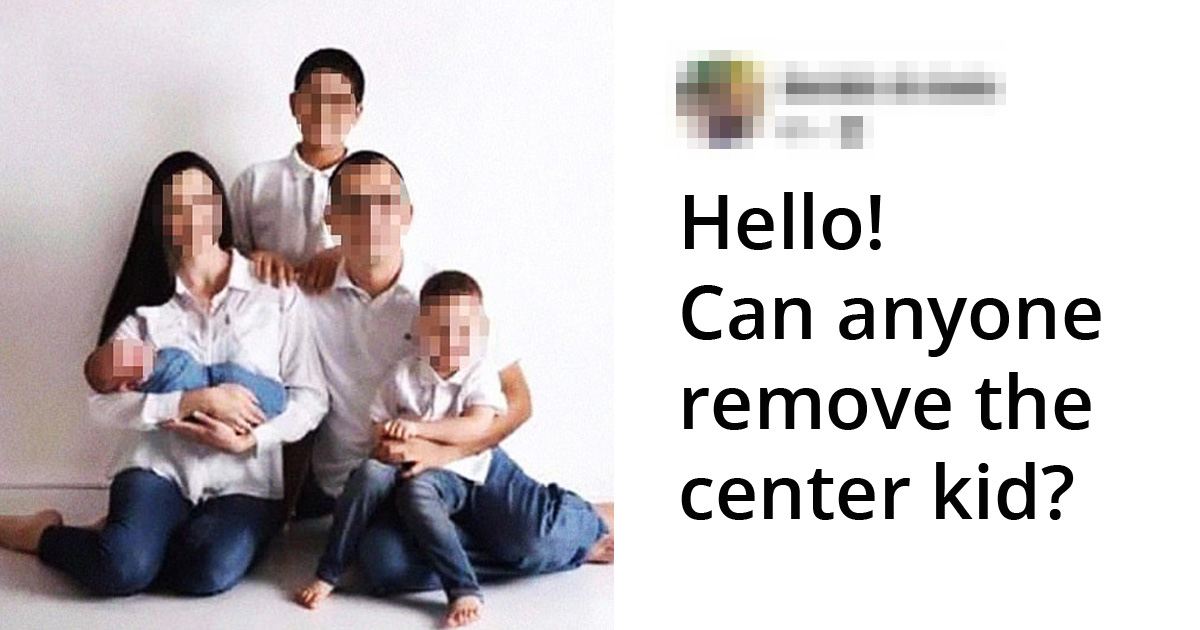 When you’re dating a parent, it’s just part of the deal that you will be getting married to not just that person, but also their kids. You will be parents of them, and while you’re not their biological parents, you try your best to love them just as if they are yours.

That’s what parents do, right?

This conversation from a woman who needs her stepson removed from her family pictures shocked people.

The woman hopped onto a Photoshop group asking someone to do the job in exchange for the $10. She reasoned that she “want one with my boys,” and she “didn’t take them with him.”

We have to say that this is so triggering to many people who live with their stepparents. As children who didn’t know better, you really want their acceptance and be included as a family, not just ‘tolerated.’

People are absolutely horrified and really wish there is either an excellent reason for this or that the kid receives enough love from his family. There are over 400k reactions towards this tweet, many recalling their own experiences with their stepfamily members.

There appear to be people trying to reason with her actions, many pointing out the chances that the boy’s biological mom may have strict rules with posting her son’s pictures on social media. Although, nobody has confirmed the truth, and most denied that even if that’s the case, she shouldn’t be using this one as her profile picture.

Some people saw the end of the tunnel, where he was forced to end a relationship with a toxic partner that tried to divide the kids.

Props to you for not giving them the chance.

Yes, she used the Photoshop version as her profile picture, two of her own for the background.

One woman had to share just how much she adores her girl who might not be hers biologically, but the familial love is real.

Please do not treat stepchildren like they are an extra burden or are not part of the family. Simply tolerating them is not enough – when you marry someone with children, you agree to love their kids like your own. They need unconditional love from parents, no exception, for them to grow up beautiful and confident in life.