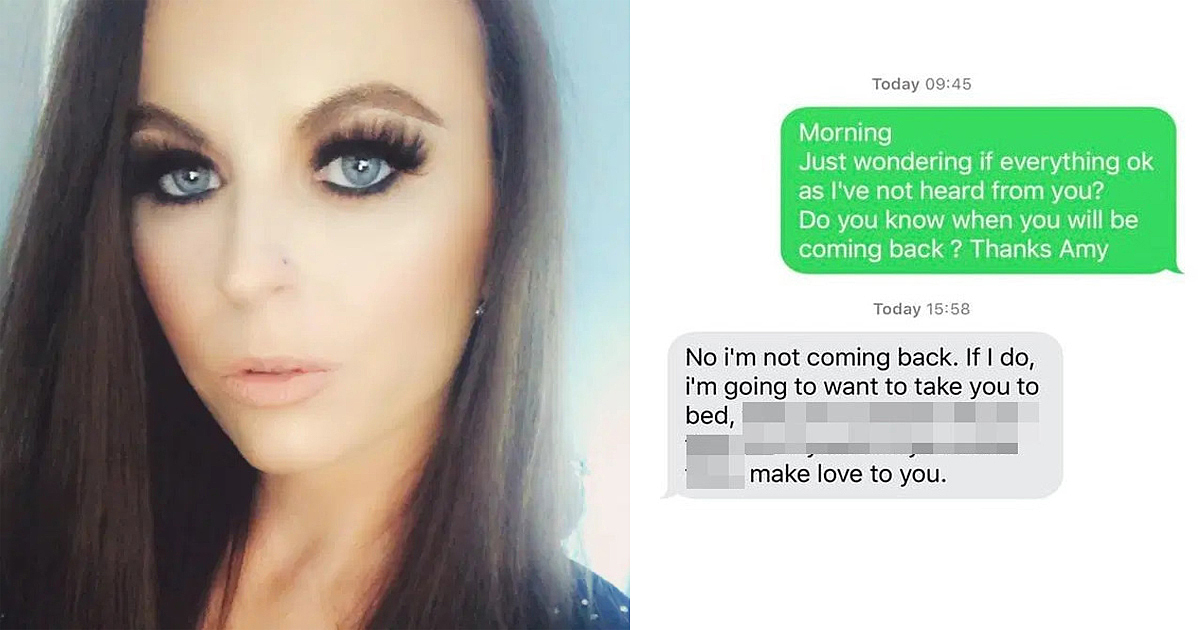 It isn’t rare anymore to hear sexual harassment accounts from women. It is almost rare to find a woman who has never experienced harassment from the opposite sex wherever they are from. A viral TikTok a few months ago quickly resonate with women of all cultural background and appearance – it isn’t very comfortable, degenerating, but most scarily, widespread.

Recently, a woman was inquiring his builder on his absence while working on her kitchen halfway through. His reply was shocking.

Amy Wilks was on a home improvement project and hired a bloke to work on it. He was a recommendation from her friend.

After three days of working in the kitchen, he abruptly left on the third day after 3 hours of work and suddenly stopped coming without informing Amy. Before leaving, he was tidying himself up, and it puzzled Amy as to whether he’ll finish his job. So, she texted him just like any normal customer would.

This is his reply.

The disgusting man gave a shocking blow to Amy as he described the degenerative things he wants to do in quite a detail. He left as he doesn’t want to do those things and told her, ‘don’t worry about the money’ as he’s bothered by it. He also claimed he wouldn’t be coming back.

She shared this text message on Girlsmouth and told the story:

“So I hired a plasterer through recommendations… 3rd day in after 3 hours he just disappeared no text no I’m off nothing. I messaged him this morning to end up with this reply. I was in that much shock I didn’t respond. Any suggestions, ladies?”

“Silver lining I got half my kitchen done.”

People are absolutely disgusted and think this text message is worth reporting on the man. Amy added that she didn’t talk or do much for the guy other than “made him a cup of tea a few times in my fluffy PJs.”

Obviously, the man was honest about why he left, but this is not okay. You do not need to send such a scary text that can cause trauma in women if you really meant to walk away from a dangerous situation for both of you. This man was clearly disrespectful and a creep, on top of already knowing where she lives.