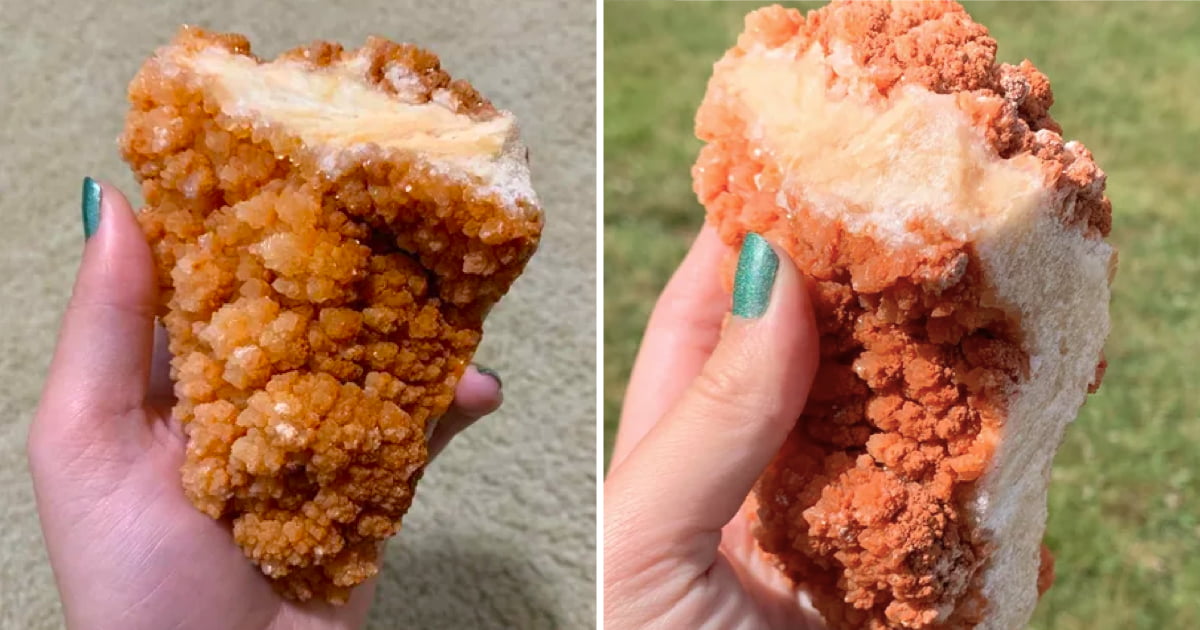 Have you ever imagined that a crystal could look good and sumptuous? Well, Indiana-based Amelia Rude has found a rare crystal that evidently shares a striking resemblance of a fried chicken tender.

Rude, who runs a gemstone Jewelry business named Unbeadable Energies has over time collected over 700 crystals but never believed one of her discoveries would end up going all viral.

Precisely from Bloomington, Rude has garnered attention, an estimated 3K likes, and retweets on different social media pages after sharing the unique find. The crispy rock went on to make an appearance on a subreddit group titled: r/forbiddensnacks, and since then users couldn’t help but prank about eating the fried chicken crystal.

While a lot of people are quite curious to know more about the found rock, Rude, 20, explained that the rock is a calcium carbonate cluster, of which two varieties are: Aragonite and Calcite. Suggesting a simple vinegar or HCI test would determine which one it is, Rude’s chicken tender is undeniably striking as it appears much like a food commonly eaten – Fried Chicken.

However, if this gem was to feature in a movie, it would perfectly fit in Uncut Gems, but know that Colonel Sanders will be the one chasing it and not Kevin Garnett. Besides, can you guess the worth of this found gem?