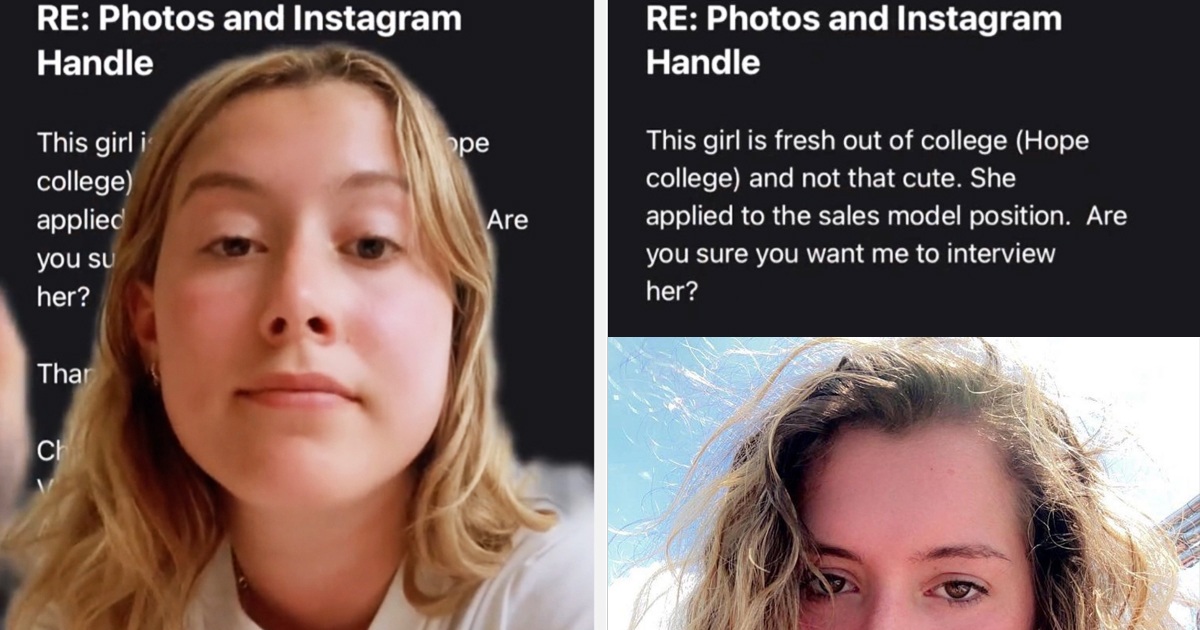 Gracie Lorincz, a recent college graduate, went viral on TikTok after showing an accidental email sent to her by the Vice President of a family-owned beauty boutique, Ava Lane Boutique. The email was in particular sent by Chuck DeGrendel and going by what’s seen on Ava Lane’s website, DeGrendel is the husband of owner Laura DeGrendel. Laura founded the boutique to give back and empower other women wherever possible.

Gracie Lorincz used TikTok to call out the VP of Ava Lane Boutique after a sent accidental email, where she was called ‘not that cute.’

On Google, Ava Lane is listed as a women-led company. However, the email DeGrendel sent to 21-Year-Old Gracie of Bloomfield Hills reads: “This girl is fresh out of college (Hope College) and not that cute. She applied to the sales model position. Are you sure you want me to interview her? Thanks.” Gracie shared a screenshot of the email on TikTok alongside a sarcastic caption: “Feeling amazing.”

Laura DeGrendel owns Ava Lane Boutique, but the email was sent by her husband, Chuck.

The clip watched over a 1.8million times has since motivated hundreds of people in support of Gracie. TikTokers went as far as trolling the store’s mobile app reviews, calling the clothing sold at Ava Lane Boutique “not that cute.” According to BuzzFeed, Gracie’s intention for sharing the clip wasn’t to incite a backlash but to “encourage women to stand up for themselves.”

“This girl is fresh out of college (Hope College) and not that cute,” the email read.

The boutique’s Google play reviews went from about five stars to one and a half stars. Some people also tried to excite Gracie up in the comments of her video, reminding her that she’s downright very cute. It turned out Ava Lane Boutique, following the backlash, made all of its social media accounts private. But so far, it’s reported that Chuck has made a tearful apology video on Facebook Live Video.

Ava Lane Boutique has since faced backlash. Its Google play reviews went from five stars to one and a half.

According to Detroit News, Chuck admitted to sending the email and said in between tears: “I don’t know why I said that. It was very unprofessional and not in line with my core values. I wish I could take it back. I’m not trying to hide. I’m trying to protect people.” As of this time of writing, Gracie hasn’t heard from DeGrendel nor the store about the role or her TikTok clip.