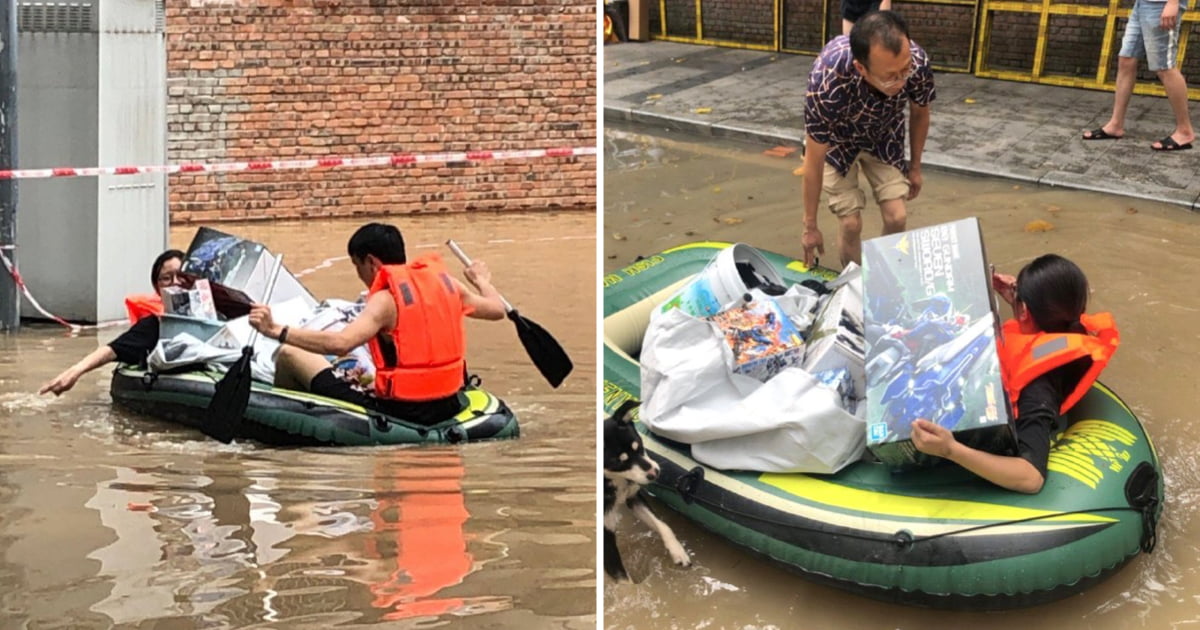 A lot of relationships often witness tugs-of-war. A few, on the other hand, would consider themselves lucky to be able to purchase one or two items, including video games to display in their homes without their spouse raining hell and brimstone. But do you know your spouse can equally be a true keeper, going out of their way to save your precious collections?

The aforesaid was the case of a couple situated in Yudong, Chongqing, China. The country recently witnessed a massive flood, the biggest in Southern China since 1981. A wife, specifically broke the glass windows to retrieve her husband’s Gundam collection during the flood.

Her husband had given up on rescuing the collection as he doesn’t know to swim. But insisting, the wife, who was a long-distance swimmer climbed onto an inflatable raft and broke into the 2nd floor of their home to grab all of the Gundam boxes. Their dog, identified as Oreo equally assisted in pushing the inflatable boat.

The woman, a Gundam Ms fan, and a builder of Zaku mobile suits, unfortunately, cut her finger during the rescue process. The husband, however, did appreciate his wife’s effort and in his defense revealed that most of the collection’s figures are within the range of £20-30 on Amazon.

Nevertheless, the floods have been affecting parts of Southern China since June and reportedly, the flood was caused by heavy rain, hitting both the central and Eastern China in July. It has affected over 63.46 million people and had displaced about 744,000 residents across twenty-six provinces with an estimated 81 people missing.