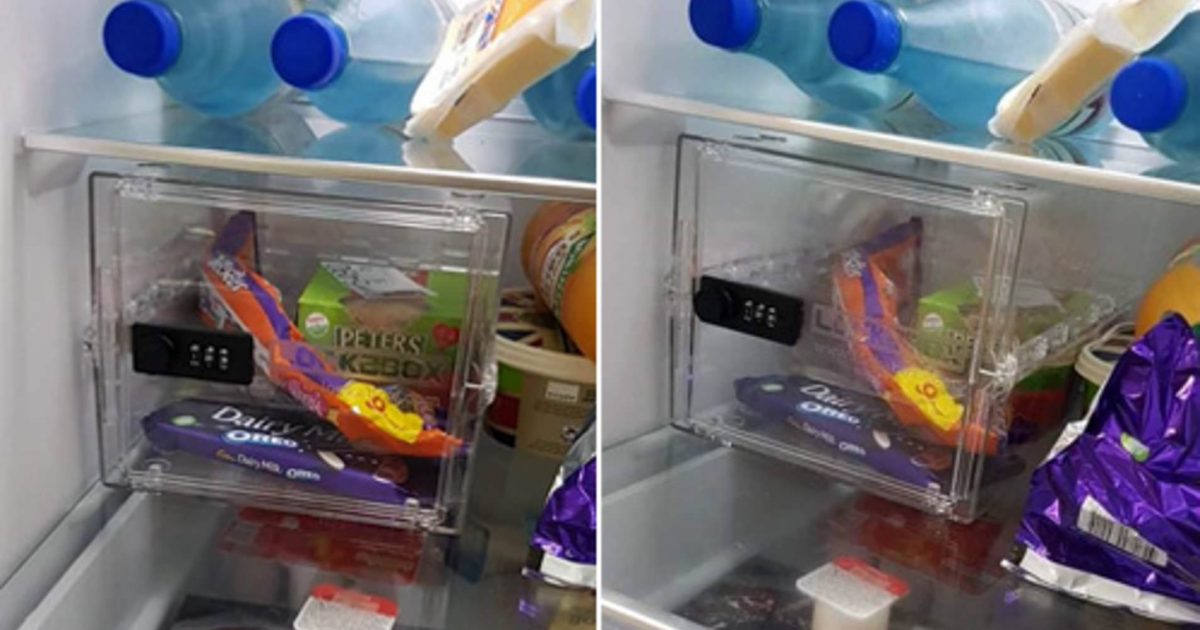 A dissatisfied mother has blasted her fiancé for installing a chocolate safe in the fridge.

Shared on Facebook, Stacey Lowe, who revealed her fiancé was trying to stop her from eating all the snacks in the fridge furiously criticized her partner – Dave Williams’s action.

Occurred a few days back, Stacey wrote: ‘So this is exactly what it has come to. You purchase a house together, have a child, got engaged and planning a wedding, doing all house chores and this happens.’

The UK-based added: ‘Dave went and bought a fridge safe because he’s an a***hole. He doesn’t want to share his chocolate with me anymore! Does anyone want him? Coz, this is certainly a breakup material, right?

Garnering over 47,000 reactions on Social Media, her post was met with ridicules who commented on how creative the idea was.

‘I would do the same if we lived together,’ a user commented, tagging her boyfriend.

Garnering over 47,000 reactions on Social Media, her post was met with ridicules

A second user added: ‘What a brilliant way to stop me from going on chocolate very late.’

Some individuals, however, acknowledged that the whole concept was really nasty.

‘Why would someone do this to their partner’, another user commented.

A fourth added:  ‘I’d burn down the entire house.’

For individuals asking about where Dave bought the fridge safe, Stacey revealed it was from Lockabox and shared a link.

While the box can not be shipped to Australia at the moment, the clear container is sold for $54AUD and has gotten  5-star reviews on Amazon. The container can also house bathroom related items, medicines as well as food.

However, Stacey is planning to get one for herself because ‘2 can actually play the infuriating game.’