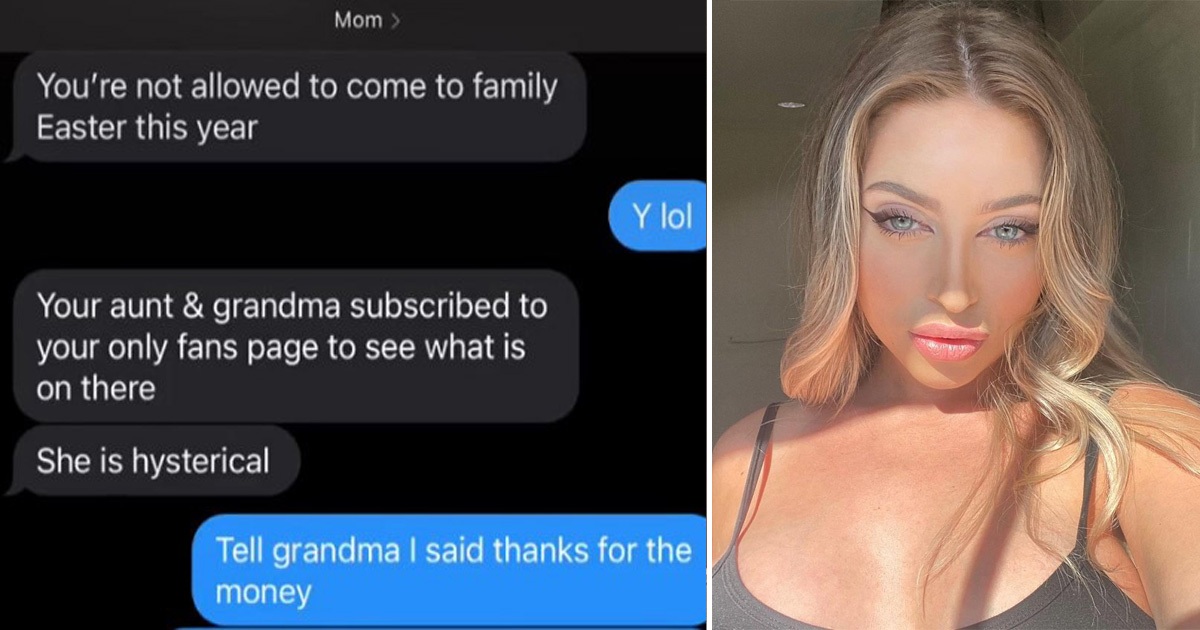 Woman Banned From Family Gatherings After They Find Her OnlyFans Account

Any legal job is a good enough job during this financial crisis. Some people are barely hanging on to pay rent and afford three meals a day. So, obviously, Ava Louise, a 22-year-old active OnlyFans user, has no qualm about sharing how she’s making a lot of money through it.

But her family has different ideas! She’s now banned from the gathering until she changes job.

To her surprise, her mom texted that her aunt and grandma had subscribed to her OnlyFans page to see what she does. Her mom sternly told her, “You’re not allowed to come to family Easter this year.”

Finding this infinitely hilarious, Ava shared a screenshot of her exchange with her mom on TikTok. Ava was visibly crying from laughing too much and replied to her mom, “Tell grandma I said thanks for the money.”

Then her mom replied with a religious quote from the Bible.

Ava wasn’t done; even though she is now banned, she has plans.

She posted two more videos on her TikTok with almost 600k followers; one of them is her in a racy outfit with a big pair of glasses to match. She strolled into the camera’s view, claiming she plans to crash the family’s Easter gathering this year in this exact manner.

The original TikTok video has gained 4.8 million views, with the subsequent videos over 500k each. Most people shrugged at the revelation and pointed out that they live in a different time from us.

One demanded, “Who TOLD grandma?!”

Janky and Guggimon commented, “That’s their own fault.”

One pointed out importantly, “At least they financially support your business.”