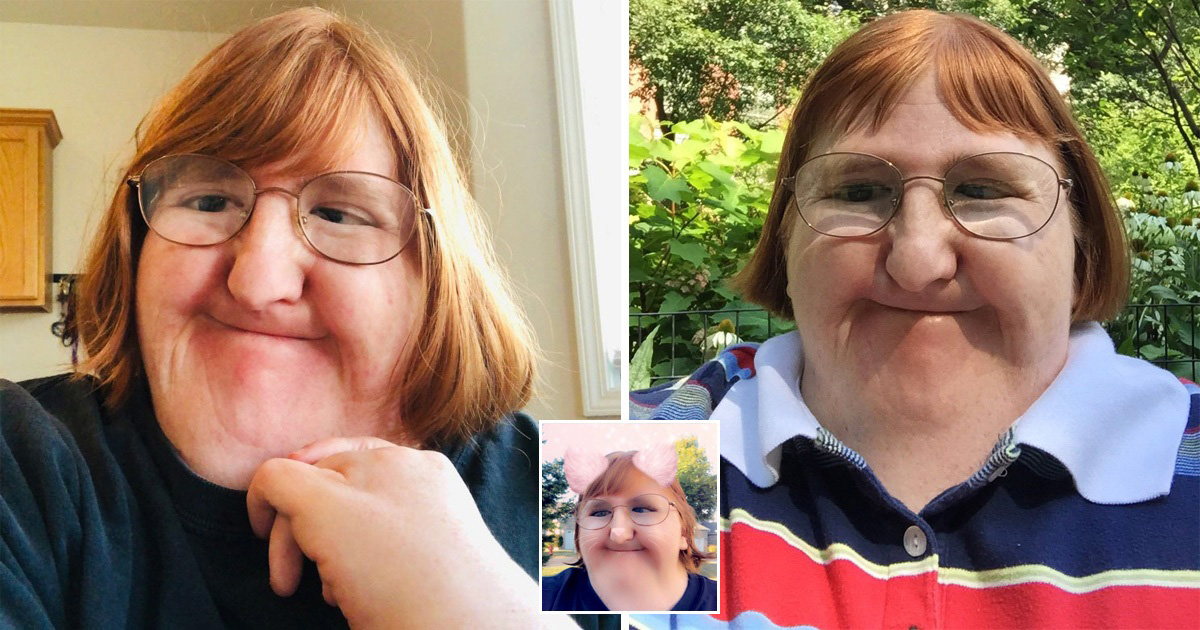 Trolls Called Her ‘Too Ugly’ To Post Pics, She Hits Back With A Selfie Every Day For A Whole Year

Let’s make things clear – nobody is too ugly to post selfies. What’s ugly is those vile words that came out of your mouth (or fingers) as you comment negatively on people’s appearance that won’t do any good to anyone. Born with a rare condition that gave her bone and joint deformities particularly around the face, Melissa Blake has faced trolls and insults for a long time.

One time, she went on TV and the 39-year-old received a series mocking comments about how she looked like Mr. Potato Head and a blobfish.

She decided to use that opportunity to post selfies on social media.

That was a year ago. Posting a selfie a day became her habit and she has been doing that every day for a year, each with a beautiful smile on her face. She wrote an essay that was published by Refinery29 about how her routine with #MyBestSelfie has actually helped her.

She wrote, “I suppose it’s become something of a ritual — one that has brought me comfort and happiness, not to mention taught me plenty of lessons. The author to ‘So About What I Said‘ blog has to live with Freeman Sheldon syndrome said that among so many insults, there was one which she just couldn’t shake off.

She wrote, “As a woman writer with a genetic bone and muscular disorder, who is also very active on the internet, I’m used to being called names like “blobfish” and “whale,” but there was one comment I just couldn’t shake. Someone said that I should be banned from posting photos of myself because I’m too ugly.”

As such, a little more than a year ago, she tweeted, “During the last round of trollgate, people said that I should be banned from posting photos of myself because I’m too ugly. So I’d just like to commemorate the occasion with these 3 selfies…”

That post went viral and people were supporting and praising her confidence. She had 7,500 followers before than post and today, she’s close to 110k followers on Twiter.

She added that doing this for a whole year had proven to be positive on her. “With each selfie, I felt more comfortable in my own body and discovered a freedom I’d never really felt before as a disabled woman,” she wrote.

“With each click of my iPhone, I felt like I was able to have a conversation with my younger self, telling her all the things I wish I had known back when I was a teenager.”

People shows support for the confident journalist who doesn’t back out when haters keep pouring in!

The congenital disorder Melissa has causes deformities in the joints which makes her movements restricted. This also affects her face, the reason why her face structure is very different. Melissa wrote, “I grew up feeling different (and looking different) from people my age, which definitely had an impact on my self-esteem and self-image.”

“Disabled people fall outside the lines of beauty standards and, of course, it doesn’t help that disability representation is sorely lacking in everything from pop culture to politics.”

Posting selfies was never easy because she has seen many negative insults and it still remains one of her biggest fear. In an ableist society, however, she wrote that, “disabled people have to fight to be seen and heard.”

What is one uplifting comment you’d leave on her newest selfie?