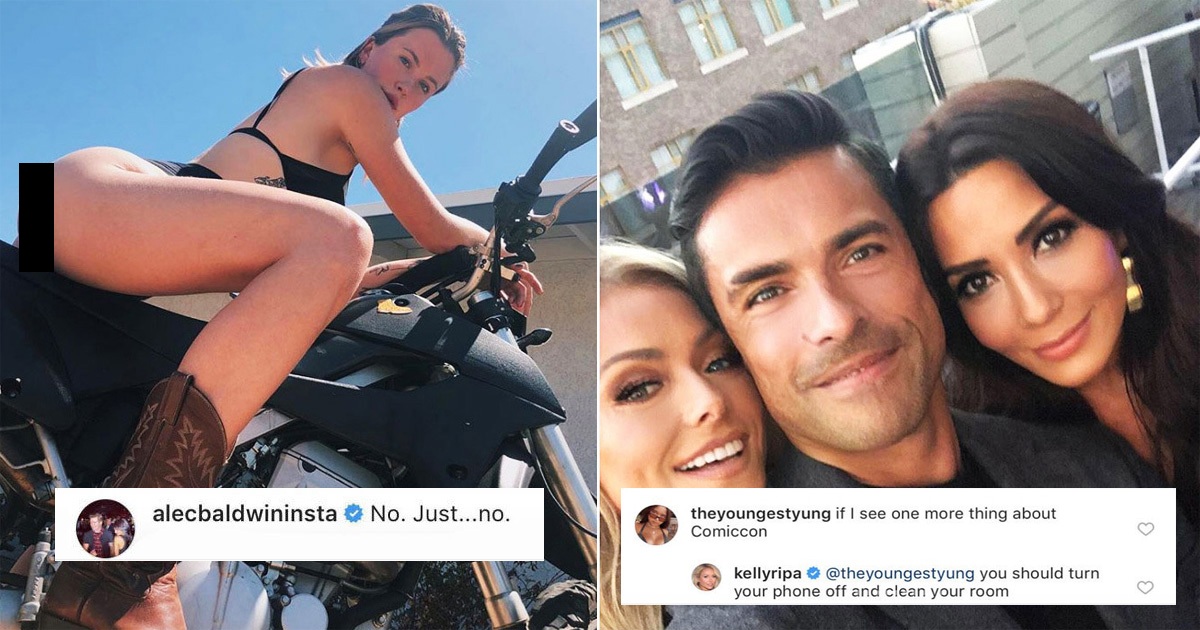 22 Kids Who Hilariously Trolled By Their Celebrity Parents

We’re living in a time when both children and parents are avid social media users. Most children of celebrities quickly gain popularity thanks to their parents, but that also means their parents will most likely observe their activities from there. Like any parent, they love interacting with their kids there.

But it’s a bit different when your parents who have millions of followers trolled you on your post. It won’t just be your friends, but millions of people will see that and thousands will absolutely be liking it. But that’s part of a great childhood and having fun with family members in 2020!

Barbara Streisand had to remind stepson to ‘show his teeth’ while smiling.

Victoria Beckham found her chance to troll son as he holds on a doll.

Sarah Hyland had to compliment her daughter’s fiancé for his great looks.

Ryan Reynolds who couldn’t have waited for his daughter to be older before roasting her.

When your football star dad told you go to school.

Kelly Ripa reminded daughter Lola to get off her phone and clean her room.

Judd Apatow trolled daughters, wondering how long it’d take for them to realize it.

David Beckham just had to flex his follower count to roast son, Brooklyn.

Leslie Mann decided to remind Iris her concealer was too bright.

Serena Williams’ husband, Alexis, has things to say about daughter’s interest in sports.

Kim Kardashian thought it’d be great to remind daughter to be nice to her siblings.

Zoe Kravitz dad just had to comment on her slightly smokey look.