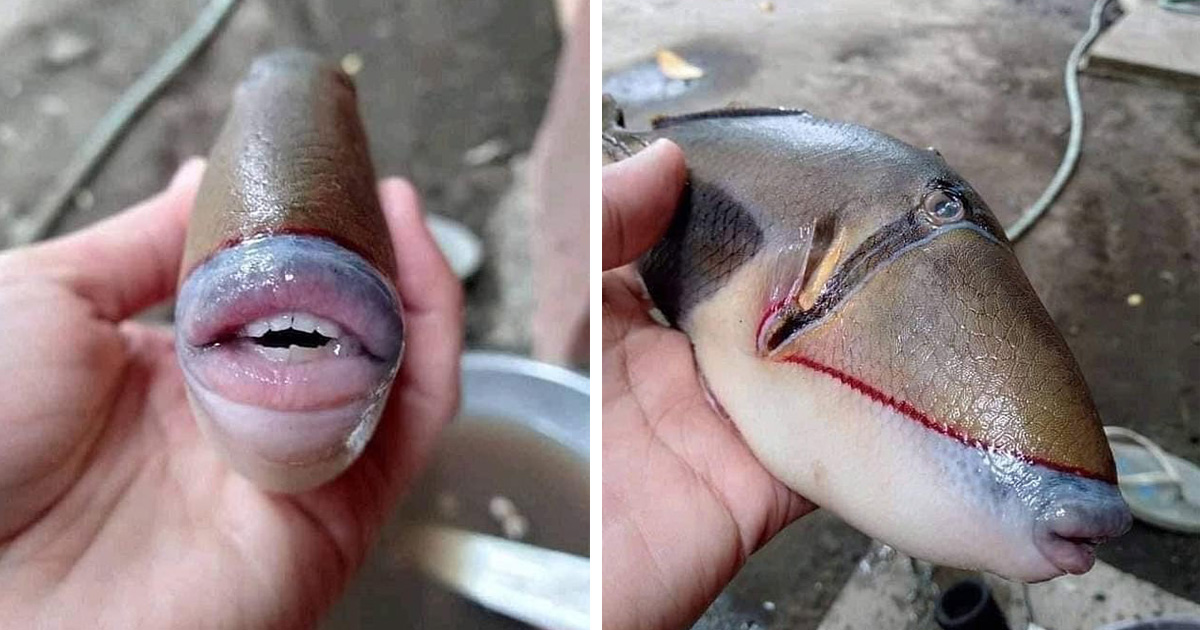 Internet users recently got frightened after images of creepy fish with a human-like set of lips and teeth emerged and went all viral. A fisherman-based in Malaysia did capture the creepy-looking fish amid his regular catch and it’s believed to be of a triggerfish.

In particular, user @raff_nasir uploaded the pics to Twitter and captioned it: ‘His lips are way hotter than mine.’ And since sharing, the absurd photos have gone viral garnering over 20k likes and comments.

While concerns or perhaps speculations were raised on the pictures being photoshopped, local media sources in Malaysia admitted the photos are real and possibly could be a triggerfish.

The Triggerfish recognized to have over 40 varieties had local fishermen identifying the fish as an Ikan Jebong or Ayam Laut. Evidently, the fish does have sharp teeth, with daily snacks of hard-shell crabs and sea urchins.

Also confirming the aforesaid, the World Wildlife Fund confirmed that the fish could be of a Blackpatch Triggerfish due to the orange stripe that line down its side.

‘It’s a well-recognized species with a huge distribution from Seychelles to the Great Barrier Reef, which of course includes Malaysia.’ The Wildlife Fund said. Nevertheless, the voluminous lips have a lot of social media users adding their own adornments to the photos, including nails and fake eyelashes.

The voluminous lips have a lot of social media users adding their own adornments to the photos, including nails and fake eyelashes