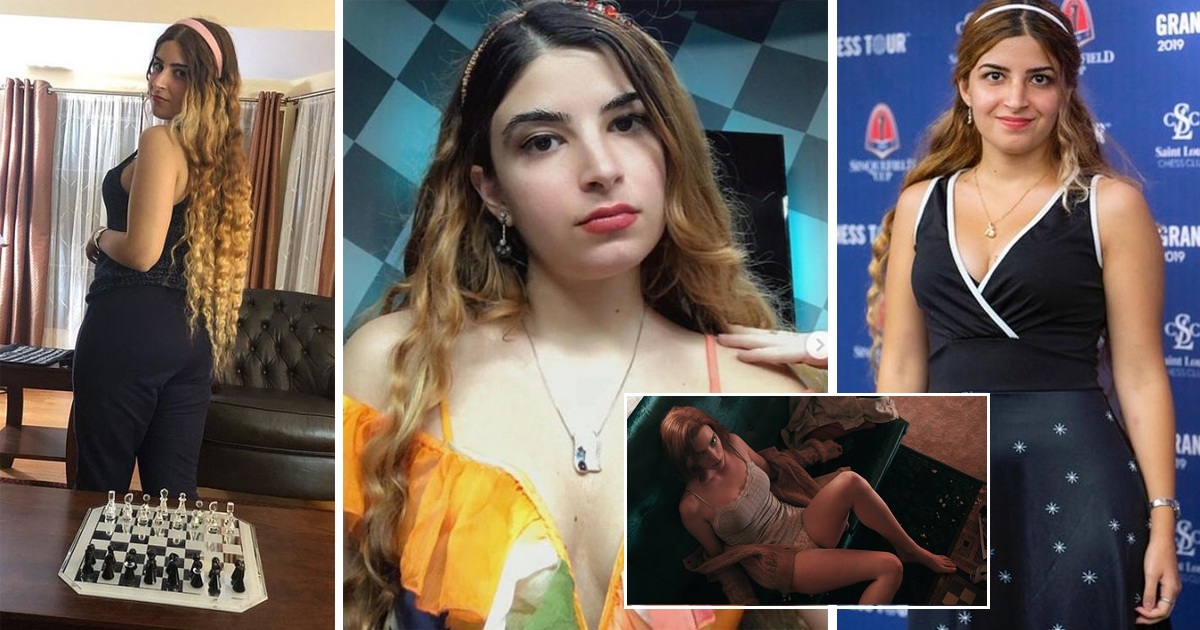 Netflix’s latest series, The Queen’s Gambit, is dubbed perfect, and you certainly will want to binge the whole episode in one sitting. The 7-episode drama is hinged on an orphan and chess prodigy named Beth, who proved players can be both sexy and fashionable.

Beth fights to become an international champion, the path an Iranian – Dorsa Derakhnshani knows quite well. It turned out, Dorsa is the real-life version of Queen’s Gambit as she adds a touch of glamour to her matches, donning trendy outfits and even lipstick. Presently, Dorsa is a pre-med student at St. Louis University, Missouri, but she did grow up playing Chess in Iran.

At 18-Year-Old, Dorsa was awarded Woman Grandmaster and International Grandmaster by the World Chess Federation in the Year 2016. As seen, Netflix Queen’s Gambit has attracted millions of viewers since it aired in October, but Dorsa insists the world of chess is more sexiest than the program as players, including predators, treat women as inferior.

Being the highest-ranking female chess player in Iranian history, Dorsa had started her journey into the Chess Universe at age 2. Just recently, she came 3rd place in a US women’s competition. Dorsa had been told countless times she’s pretty and can play Chess, but European coaches often say to her that wearing lipstick would put her at a disadvantage during the game. Accordingly, male competitors question her Chess scholarship and get pretty upset each time she wins a match.

‘It gets boring that they are surprised; I can beat them as if I were still a 10-year-old girl. It doesn’t matter how much you prove you are good as a woman; when you have a bad game, they still say, see, we knew it was going to happen.’

Dorsa, born in Tehran, had formerly hit the headline. She had been publicly banned from the Iranian Chess Team for not wearing a hijab amid the Tradewise Gibraltar Chess Festival. Following the viral news, she was offered a Chess Scholarship from Saint Louis, which she gladly accepted. Like Beth in Queen’s Gambit, Dorsa practices for hours daily and watches many YouTube videos on techniques and several chess books.

Nevertheless, similar sexism happened to teenage Beth in the Netflix series as she visits her 1st tournament. The male players were in disbelief as she storms through her opponents. Beth was equally left baffled by the media’s decision, highlighting her gender instead of her chess-playing skills. But fortunately, she earned her respect!