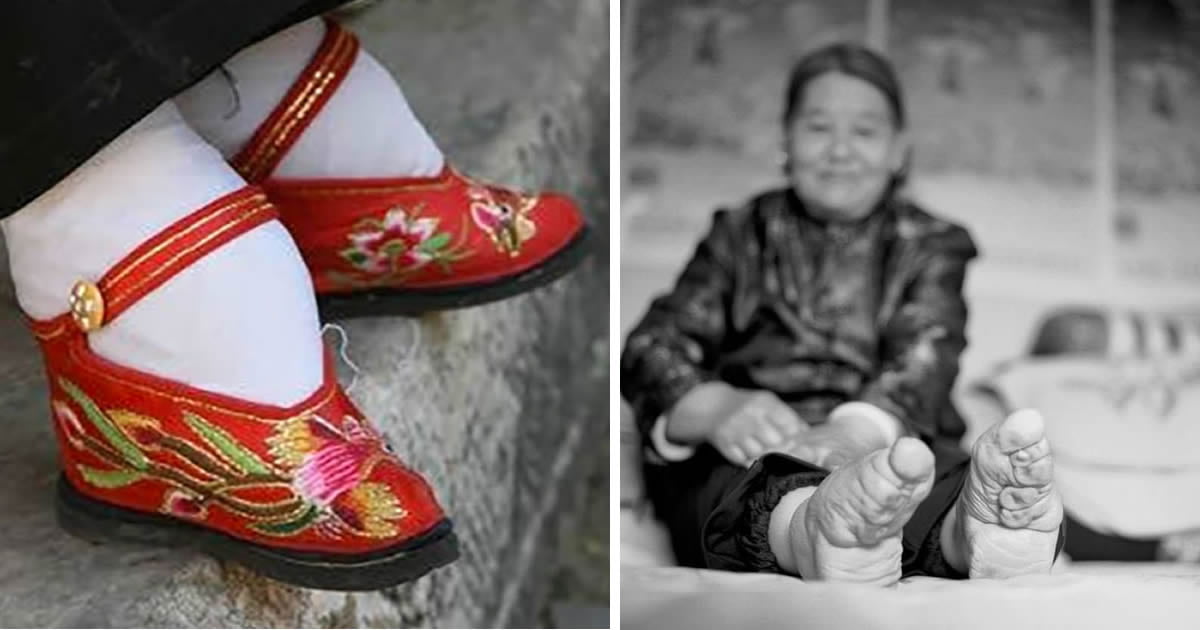 Foot-binding is recognized as one of the weirdest cosmetics tradition in China.

Zhoe Guizen, 89, one of China’s oldest practicing foot-binder explains how she tricked government inspectors after the practice was forbidden.

Guizen wrapped her small feet with thick bandages and then wears big shoes to make her feet appear more natural and bigger. Her foot is deformed and mangled. It’s surprising to hear it was actually self-inflicting.

Right after the revolution, Guizen and other women like her were neglected for their small feet, disabling them from doing the physical work required by the new government.

A lot of women, including Guizen, regretted binding their feet as they couldn’t dance nor move properly. During their days, foot-binding was a status symbol and women had no choice but to involve in the practice in order to have a good marriage.

The practice is known to very painful and had resulted in bedridden and disabled women. Parents, during those days regularly waits until its winter to start binding the feet, taking advantage of the capabilities of the cold.

A major problem that came with foot-binding was infections, forcing women to cut out a large fraction of their own flesh and in turn causing massive pus drainage. Washing their feet once or twice in a week, the infection gradually makes their stench quite putrid.

A four-inch foot was dubbed Silver Lotus, while a three-inch foot was called the Golden Lotus. Documenting the tradition, Photographer Jo Farrell captured those who suffered through those severe times.

All of this pain and suffering was to maintain a successful marriage. It’s good news the nightmarish tradition is no more.