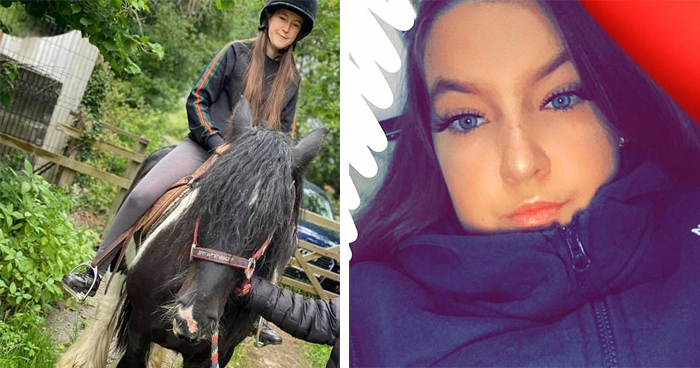 It’s mysterious as to why Danielle Jones didn’t know she was pregnant. It’s equally tragic that the 18-Year-Old passed away after giving birth to a baby boy at her home in Bristol. Danielle had been rushed to the hospital, but doctors could not save her life, leaving her son Danny (he’s named after her) in the hospital.

According to the Bristol Post, emergency services rushed to Danielle’s address (Knowle West) and had performed an emergency operation to save the baby boy. Mourning his GF, Ozzy Godfrey has, on the other hand, taken to Facebook to express his grieve.

Tragically, 18-Year-Old Danielle Jones passed away after giving birth to a baby boy from unknown pregnancy

‘I am having a baby boy, what Dani would have wanted. Such a shame she won’t meet him. Everyone meet Danny Godfrey, my baby boy. He looks just like his mother. I am figuring for your little man, keep strong for me as well, and don’t leave on me now.’ Godfrey wrote on Facebook.

‘RIP Baby, I can’t believe that I have lost you. I loved you more than anything in the world. I will look after our little one that was born today. I am so broke I can’t believe it. I tried my best, babe.’ Godfrey added, sharing Danielle’s photos.

Danielle’s death is being treated as unexplained by the police, who are presently carrying out further inquiries

Police have reportedly launched a probe, claiming Danielle’s death is being treated as unexplained while carrying out further inquiries. Similarly, a GoFundMe account has also been created to raise funds for Danielle’s funeral and baby supplies.

One of the page organizers, Emily Morley, claims Danielle loved horses and that it would mean the world to her mourning family if she took her final journey on a horse and carriage. Nonetheless, the fundraising appeal has earned over £4000 as at this time of writing.