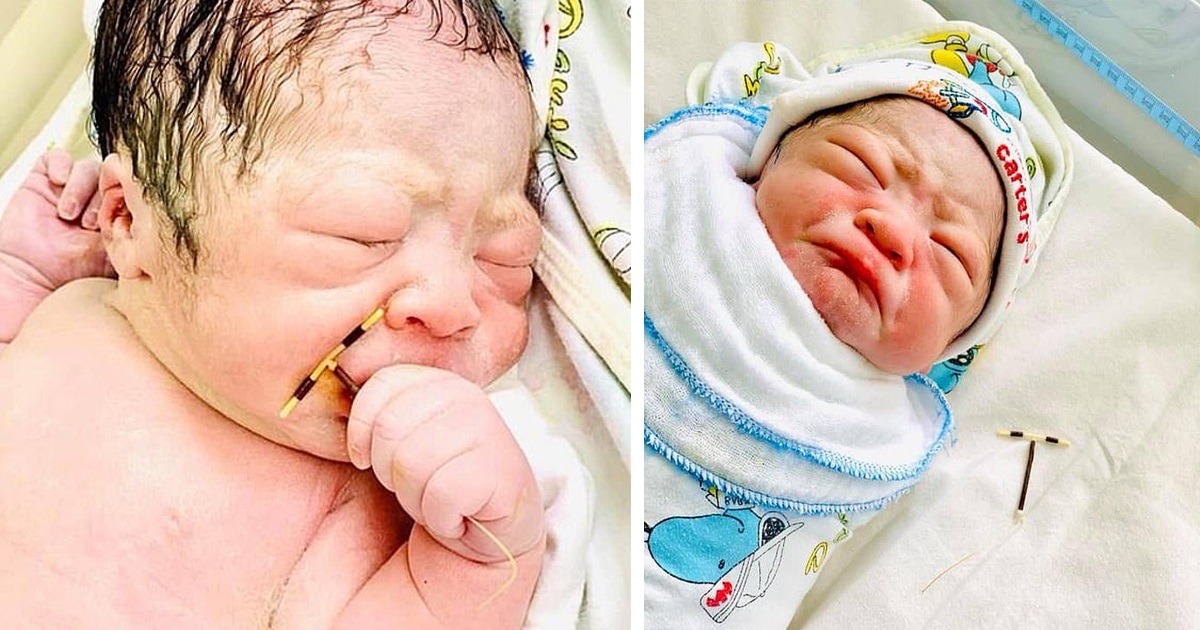 Amazing photos emerged to show a newborn holding his mom’s contraceptive IUD that unsuccessfully prevented her from getting pregnant. The baby boy captured on camera was seen holding on tight to his mom’s yellow and black intrauterine device at the Hai Phong International Hospital, Northern Vietnam.

Baby boy captured on camera was seen holding on tight to his mom’s yellow and black intrauterine device at the Hai Phong International Hospital, Northern Vietnam

The Newborn 34-Year-Old mother admitted inserting the intrauterine device in 2018 after having two children. But unfortunately, the inserted contraceptive coil came out the same time as the newborn baby.

Photos were taken by Tran Viet Phuong, an Obstetrician at the Hospital, revealing the newborn baby holding firmly onto the device. ‘Moments after the baby was born, I saw him holding something interesting. So I took a photo and never did imagine it would garner much attention.’ Obstetrician Phuong said.

He explained that the contraceptive foil had failed to prevent the mom from getting pregnant because it had moved from its main position, hence becoming ineffective.

Two of the pictures, shared on the hospital’s Facebook page also show that the newborn eyes were shut as he held onto the IUD. Nevertheless, the baby boy was delivered healthy, weighed an estimated 7lbs, and under close observation.

On the other hand, the IUD after insertion into a woman’s uterus is expected to release either hormones or copper that prevents sperm from fertilizing eggs. The device can protect against getting pregnant for about 5 to 10 years, but women might have to experience heavier or perhaps painful menstruation in the first three to six months.