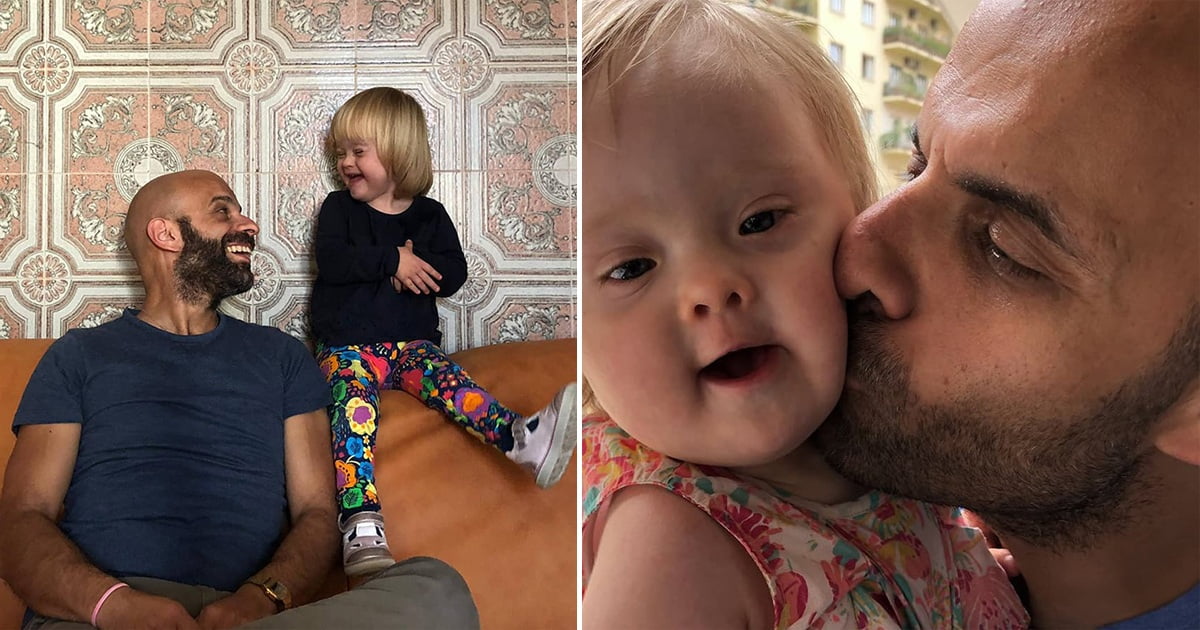 There’s sincerely nothing as touching as reading stories hinged around abandoned pets and children who finally get a place to call a forever home. In October, Greenlemon wrote about a gay couple who adopted a baby girl with HIV.

Now, we’ll be introducing you Luca Trapanese,  a man from Italy who has trailed the same path as the aforementioned gay couple.  Challenging the stereotypes of religion, fatherhood, and family, Luca in 2017 had adopted his daughter, Alba.

Luca, 41, had given Alba a forever home and his story has gone viral for many reasons. First, Luca is gay and single. Social services in his country (Italy) don’t grant custody to single and homosexual men. So, he took to the media and revealed he would be allowed to adopt a child with health problems. Still, Luca wasn’t scared at all.

Alba has Down Syndrome and was given up for adoption by her mother. While it was quite tough getting a family for Alba, she had been rejected by 20 families because of her condition. But lucky, Luca surfaced and Alba’s life got transformed forever.

Alba Has Down Syndrome

She Had Been Rejected By 20 Families

‘Since I was 14years old, I have worked and volunteered for the disabled. I knew I had the right knowledge and experience to take care of Alba. And when I first held her in my arms, I was overwhelmed with joy and I felt immediately, she was my daughter.’ Luca explained.

Since Age14, Luca Have Worked And Volunteered With The Disabled

I Am So Proud To Be Her Dad!