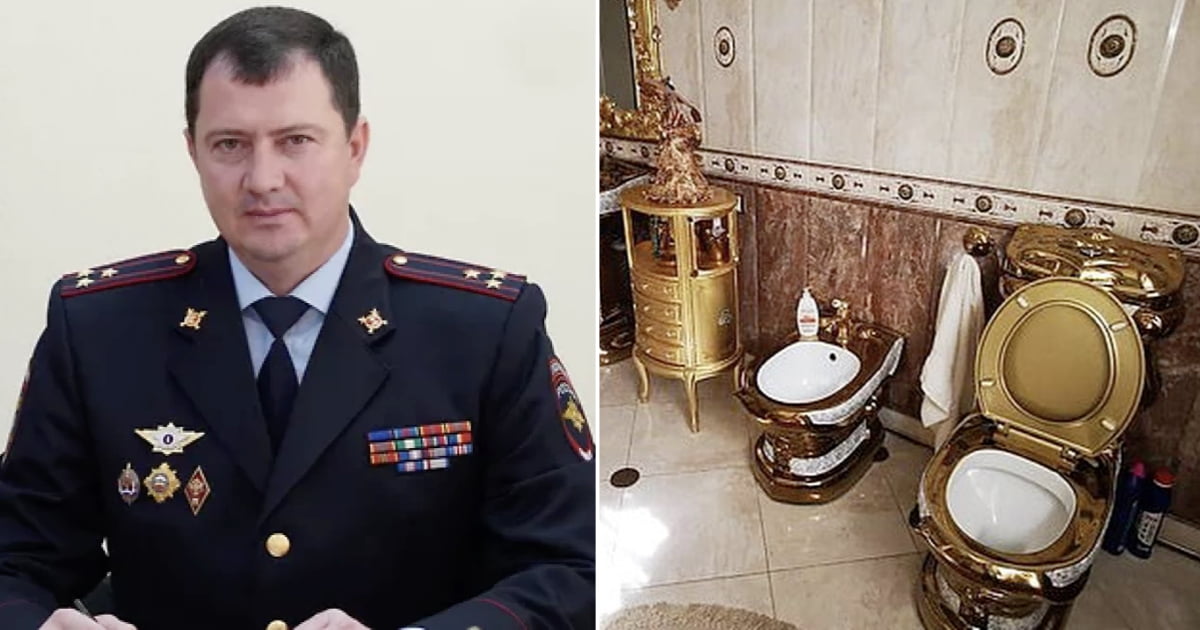 Russian Police Chief Who Owned A Pure Gold Toilet At Home, Got Fired For Corruption

A Russian police officer has been arrest for corruption, reveals one of his hidden treasures at home in the shape of a toilet, according to Moscow Times’ reports.

It was a huge case involving 36 personnel with 45-year-old police colonel Alexey Safonov as the ringleader. The statement reads that Safonov and six of his subordinates received bribes which summed up to 19 million rubles or $255,000 for years.

The cherry on top was finding the proof of his dirty money in the shape of a gold toilet in his residence in southern Russia’s Stavropol region.

Today’s Russian papers display the gold toilet of a Russian police chief arrested on corruption charges. Describing his garish residence, one paper says: “It’s sad that in 30 years we’ve learned how to steal, but not how to spend the money.” #ReadingRussia @BBCNews @BBCWorld pic.twitter.com/jeRObjNzFD

The man is facing up to 15 years of jail time and a minimum of 8.