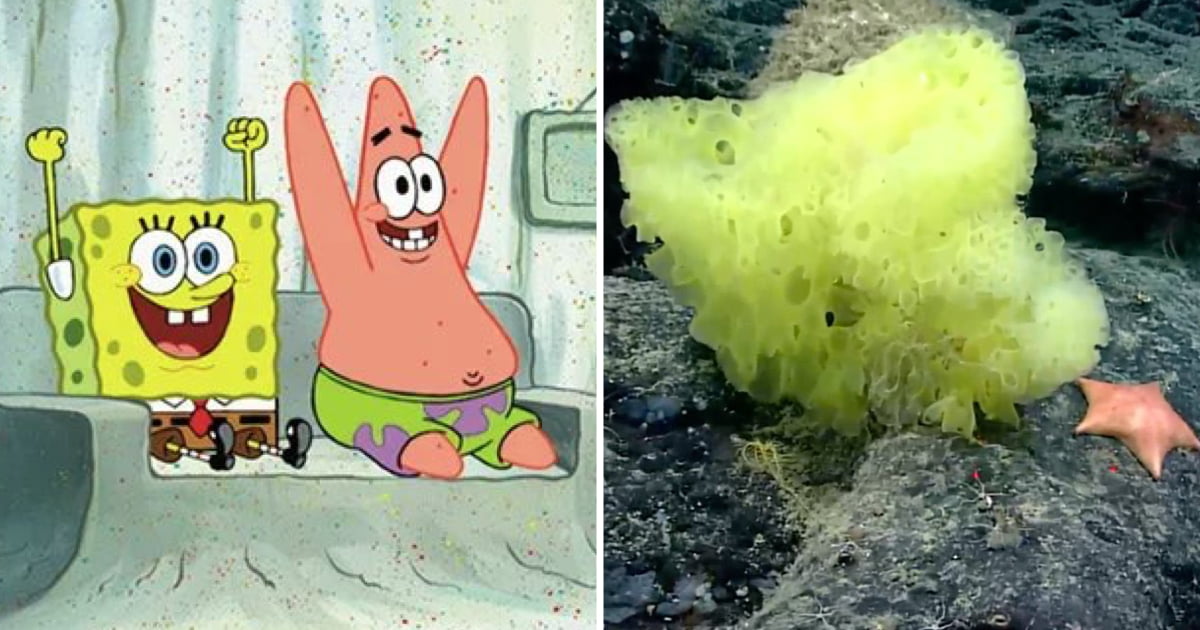 A remotely operated deep-sea vehicle spotted a real-life yellow sponge and pink sea star on Tuesday on the side of an underwater mountain called Retriever seamount. The mountain was in particular located 200 miles east of New York City. Mah is a researcher affiliated with the National Oceanic and Atmospheric Administration.

“I thought it would be funny to make the comparison, which for once was kind of comparable to the iconic images/colors of the cartoon characters. As a biologist who specializes in sea stars, most depictions of Patrick and SpongeBob are incorrect.” Mah told Business Insider.

The duo was found on the side of an underwater mountain called Retriever seamount.

The scientist added: “There are more than 8500 species of sponges, and the creatures have been living in the ocean for the last 600 million years. Their shapes and textures vary depending on whether they love soft sand or hard, rocky surfaces. Very few of them resemble SpongeBob’s boxy shape.”

According to Mah, the found SpongeBob-like sponge belongs to the genus Hertwiga. He shared that he was startled by its bright yellow color, which is rare for the deep sea, adding that most things far down are generally orange or white to help them camouflage in the dimly lit environment. The sea star known as Chondraster has five arms covered with tiny suckers.

The creatures were spotted by a remotely operated vehicle (ROVs), sent by NOAA’s Okeanos Explorer ship.

The tiny suckers allow it to creep across the ocean floor and attach itself to rocks and other organisms. Sea sponges are a preferred menu item for Chrondrasters; hence the pink Patrick-like creature close to the sponge likely had food in mind and not friendship. Mah went further to share that some investigations had turned out alien and, in some cases, bizarre.

However, Mah explained that the creatures are a Hertwigia (sponge) and Chondraster (starfish).

As part of its latest deep-sea expedition, Business Insider reported that NOAA’s Okeanos Explorer ship is, nevertheless, sending remotely-operated vehicles like the one that found the sponge and star below the Atlantic’s surface. The ROVs explore submarine habitats, Livestream their journey, and capture images of denizens in the deep bottom.