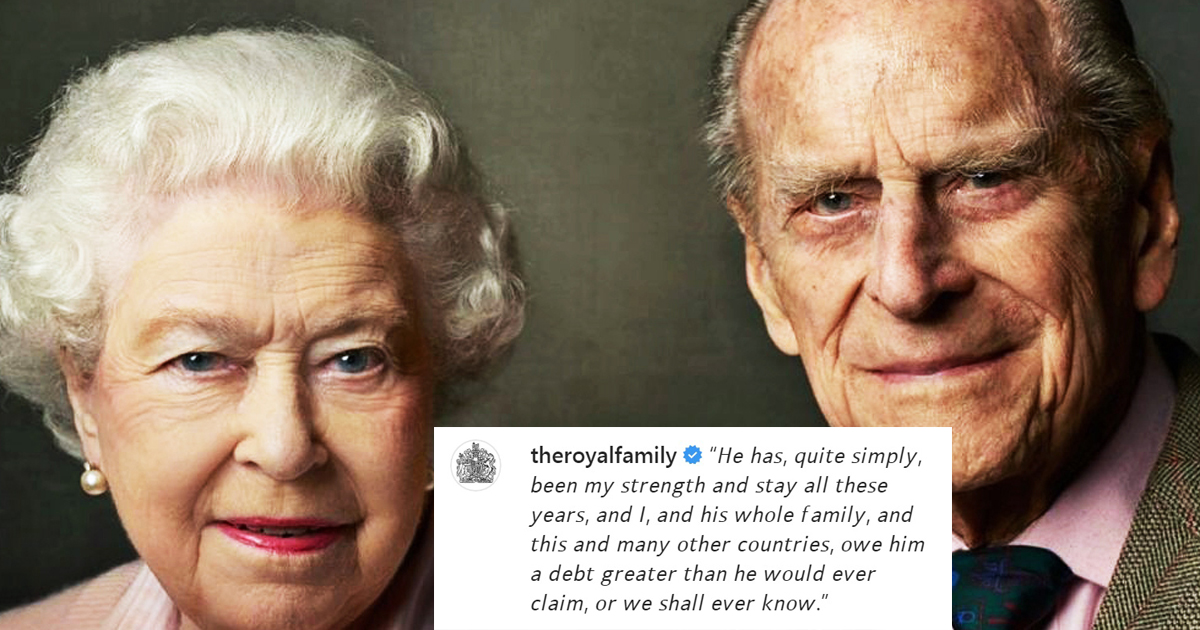 Her Majesty shared a portrait of her sitting next to Prince Philip.

“He has, quite simply, been my strength and stay all these years, and I, and his whole family, and this and many other countries, owe him a debt greater than he would ever claim, or we shall ever know.”

The quote was from her speech at her golden wedding anniversary in 1997. She recalls her remarkable 50 years together with her husband and spoke during lunch at Banqueting House in London.

Prince Philip also sung praises during their 50th anniversary, “I think the main lesson that we have learnt is that tolerance is the one essential ingredient of any happy marriage. It may not be quite so important when things are going well, but it is absolutely vital when the going gets difficult. You can take it from me that the Queen has the quality of tolerance in abundance.”

The Union Flag was flown half-mast outside the Buckingham Palace when his death was announced two days ago.

They have been married for 73 years and Her Majesty was understood to have been by his bedside when he passed away peacefully.

Picture below the Queen with the Duke of Edinburgh in 1972 at Balmoral with their Fold of Highland Cattle.