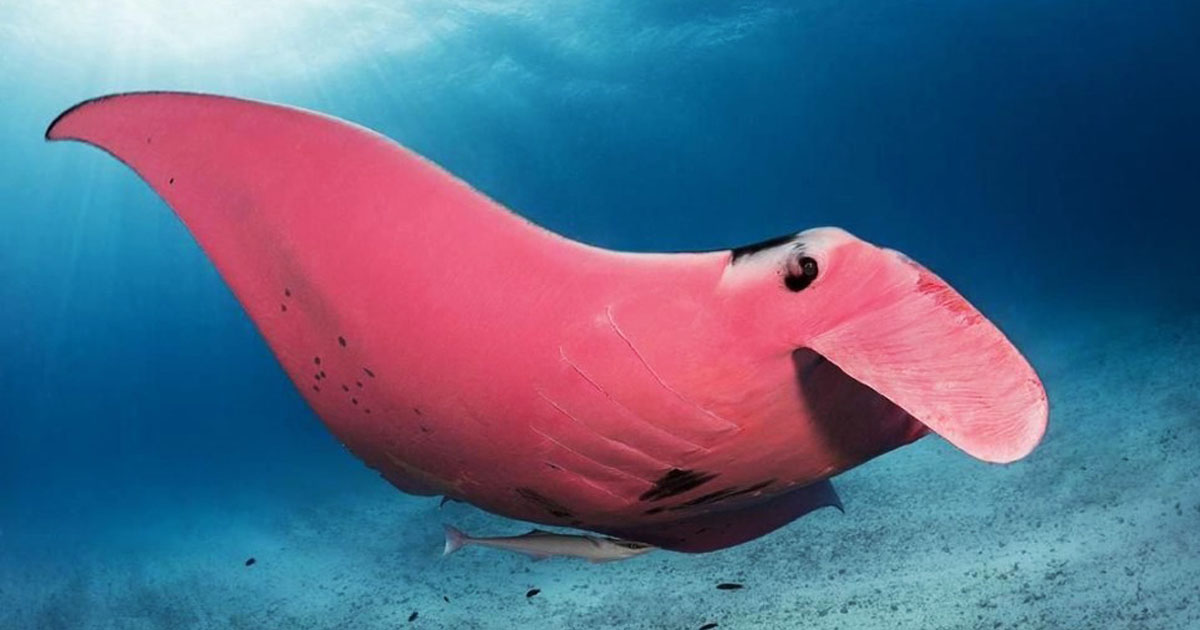 If manta rays fascinate you, this one will definitely awe you. Inspector Clouseau is thought to be world’s only pink manta ray alive and photographer Kristian Laine recently had the luck to encounter and stay in close proximity with the sea creature.

The ray is named after the detective from ‘Pink Panther’ as it is almost entirely covered in pink.

Kristian saw the creature swimming around Lady Elliot Island in the Great Barrier Reef, Australia back in 2019. It was first seen by dive instructor Ryan Jeffery in 2015. There have been about 10 sightings so far, which made Kristian first thought his probe was playing a trick on him.

Kristian got close enough to touch him, but he didn’t. The manta ray was also in the middle of a mating train where one female would release pheromones and zoom away, creating a train of males.

Researchers have been trying to figure out what cased the pink underlaying of its belly. The research group Project Manta has ruled out several possibilities and is saying that this could be the result of mutation that affects skin pigmentation.