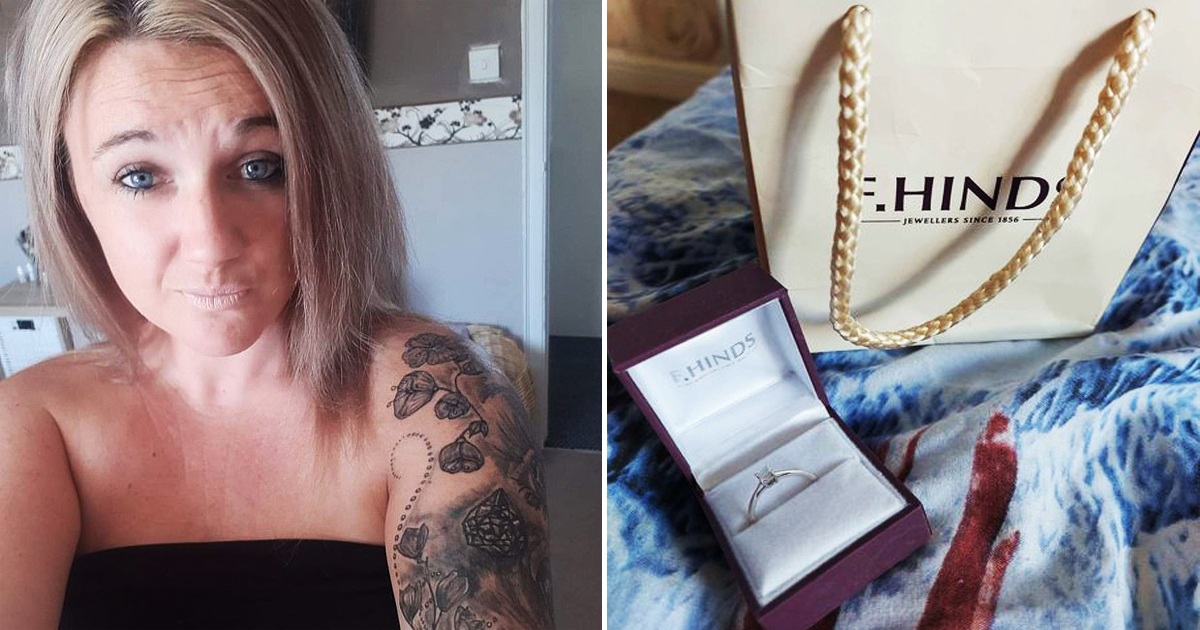 Realizing a partner has been dishonest and cheating can be truly devastating. This scenario has undoubtedly left many angered, physically sick, hurt, and depressed. But above all, it has left a few with the question of ‘Why.’ But it turned out, a nurse has beaten off the norm and dubbed a hero for selling her engagement ring after repulsive fiancé slept with a prostitute, tried strangling her, and stole from his dementia-stricken father.

Lisa Sconey, who took to the ‘Rotherham Swap, Sell or Buy’ Facebook group to her sell £500 ring, has now become an internet sensation.

Lisa Sconey, who took to the Facebook group titled: ‘Rotherham Swap, Sell or Buy to her sell £500 ring, has now become an internet sensation, a big thank to her courageous move. Lisa, a mom-of-three, had only worn the ring for nine months, which of course, launched a question by Facebook user Pam as to why she’s selling it off.

Giving an in-depth explanation, Lisa had met with her ex in 2017 and had believed he was a nice, big soft dude who had been cheated on and hurt deeply. According to Lisa, her now ex-fiancé, who she preferred unnamed, wasn’t physically attractive but had mistakenly believed he was a nice person. Fast-forward into a year, the man proposed during a holiday to Egypt, which Lisa considered friendly.

‘I said to my daughter the day before that I would die if he proposed, and f**** my life, he did it. Anyways I had to say Yes because we were in a restaurant filled with people, the table was designed, and about 10 Egyptians stood around the table waiting to do the traditional dance thing.’

‘The ring was inside a glass of champers, which I wish I’d of took the risk of choking on, to be honest, and it’s all too late. I am too deep, Pam. My daughter is white; my other daughter is crying through despair and not happiness. Little did they know, and it’s all gone too far, Pam, I couldn’t say no then, could I? Lisa explained.

She added: ‘Anyway, fast forward again a few months, and he’s already had seven birds, six turned down, and one was interestingly a prostitute. So I can’t say he did cheat, but he did try.’ In a concluding statement, Lisa continued: ‘It’s Christmas, and I am a single mom, work part-time as a nurse. I am fu**** skint so let’s sell the little beauty.

‘I mean, it’s an only investment as women are just there to feed and pay his bills. So I might as well get some back and have a banging Christmas dinner, Pam. I might even buy myself a nice pair of shoes so I can walk away from the fat b*** that tried to ruin my life. He moved on to Pam and got a new bill payer; now, it is not needed. So that’s why I am getting rid of Pam; I hope that answers your question.’

However, social media users reacted and praised Lisa’s outlook about life despite the trauma. Her post has received over 2k likes, and indeed a fundraiser titled: Raising £500 for the Lisa J Sconey has been launched for the nurse by Pam. So far, it has raised over £515 and still counting!