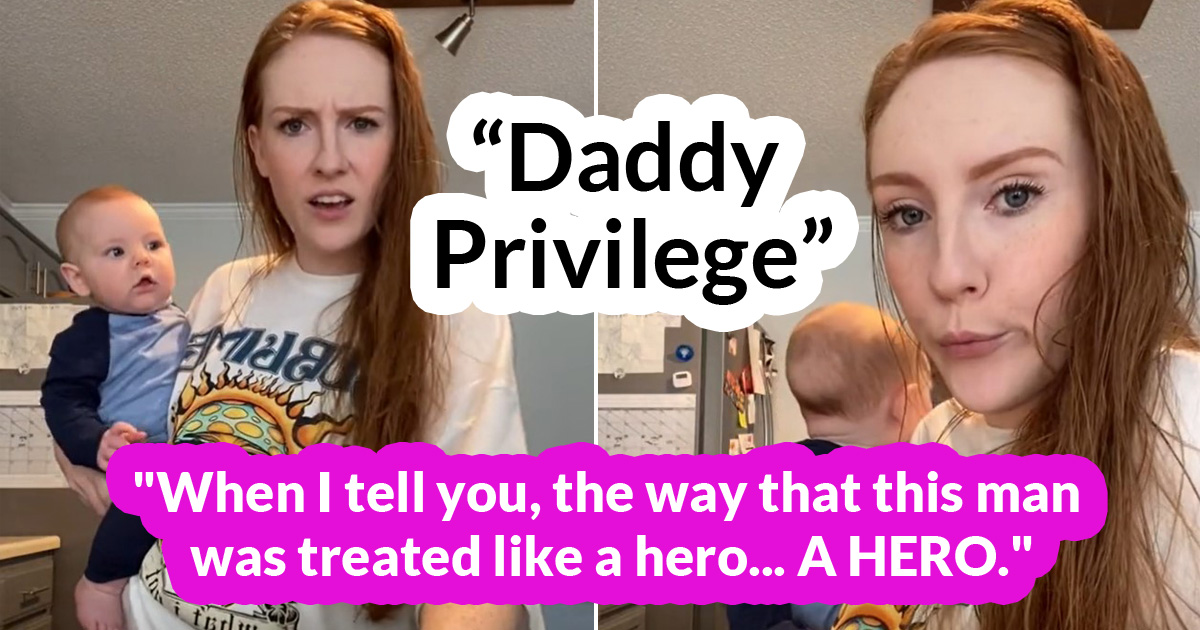 Mom Reveals How Her Husband Gets “Daddy Privilege,” And It’s A Brutal Reality Of Parenting

Tennessee–based bakery owner Chloe Sexton, is so done with people treating her husband like a hero when she’s been doing the same thing every week as she goes to get ingredients for her business. Is the bar really this low for men?

The mom of Mason, 7, and a six-month-old baby, Theodore, decided to take her rant on ‘daddy privilege’ on TikTok.

Chloe explained that she gets her ingredients from Restaurant Depot every week. Even when she was massively pregnant, Chloe would go on her weekly routine, carrying “400 pounds of flour and 100 pounds of butter” at times.

Chloe referred to these clips where she shared her day as a baker with Theodore.

“So, last week, on the day I usually do it, my husband had the day off, and he decided to go do it for me, but he also had the baby that day.”

“When I tell you, the way that this man was treated like a hero… A HERO.”

“Mind you; those same people see me there every single week. I was recognized by one of the cashiers. She’s like, ‘Hey, do you have a TikTok?’ ‘Yeah, yeah I do…'”

“I’m strapped up with a baby or seven months pregnant, hauling 100-pound bags at a time of flour in the back of my Subaru. Meanwhile, I’m getting a whole lotta…NOTHING TO SEE HERE.”

She continued with a frustrated tone, “But my husband, my husband wears the baby, and he goes to Restaurant Depot for mommy’s business, and it’s, ‘Oh my god, look at you! Oh my god, you work so hard.'”

But Chloe was married to a man who understood the privilege, “He said, ‘Honestly, it was a little bit embarrassing.’ Somebody walked past him and said, ‘Oh my god, that’s a whole-*ss baby!’ Yeah, it’s his…”

“He’s literally not a hero. He’s just a father, just a parent, doing the same sh** I do every week,” she made her point.

It’s the daddy hero treatment for me

It’s pretty clear that we don’t actually hate dads to be praised for being proper parents. But just as much as we’re giving men, women should also be given the same, if not better, amount of praises for what they do. They carried them for nine months, breastfed them for years, and some built their career at the same time as Chloe here.

Women relate so much with the issue and could see just how low the bar is for men.