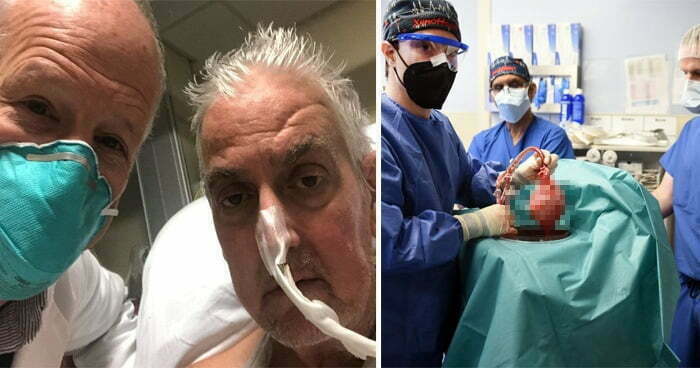 The Baltimore man was the first in history to have a pig’s heart successfully transplanted in him.

Dr. Bartley Griffith who performed the xenotransplantation said, “It creates the pulse, it creates the pressure, it is his heart. It’s working and it looks normal. We are thrilled, but we don’t know what tomorrow will bring us. This has never been done before.”

Bennett had been staying at the hospital for six weeks after he was admitted for heart arrhythmia that was life-threatening.

“I look forward to getting out of bed after I recover,” said the man after waking up from the surgery.

The surgeons were granted emergency authorization to proceed with the 8-hour operation from the Food and Drug Administration. Dr. Griffith continued to add that this was a “breakthrough,” an achievement that will be the “game-changer” in the medical field.

Just months ago, surgeons reported the success of transplanting kidneys on a brain-dead patient. Research continues into researching and growing pigs for transplant purposes whose organs won’t be rejected by the human body. It is Revivicor who has successfully removed the factors in the pig’s gene to stop the human body from rejecting the organs.

“This was a breakthrough surgery and brings us one step closer to solving the organ shortage crisis. There are simply not enough donor human hearts available to meet the long list of potential recipients.”

Bennett’s heart was sourced from a male pig weighing 108 kg.

Six human genes were added to the pig before it was delivered to be transplanted in Bennett’s body. On January 7, David underwent the surgery and so far, has not shown signs of rejection.