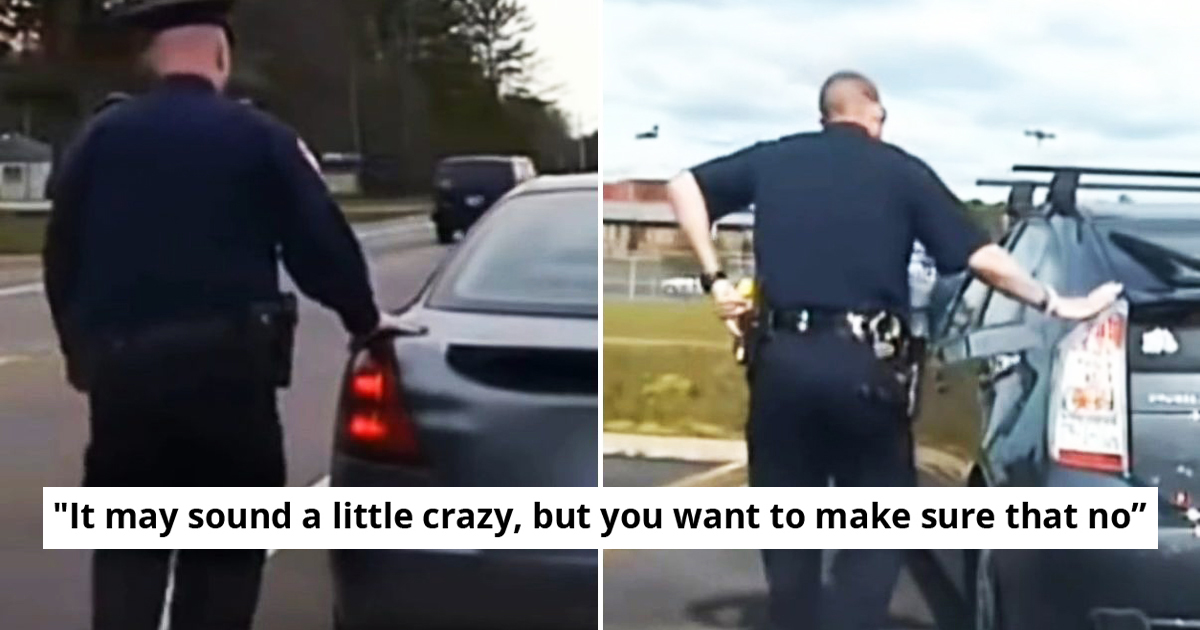 Many people don’t realize this, but when police officers pull a car over, they all seem to show the same habit of touching the rear of a car. When done casually, one might think it’s just out of a harmless habit. But is there a special meaning to this?

Alexander Kridlo is sharing a fun fact about one of the most important policing standards for traffic pullovers:

Shared just a little over two days ago, the TikTok video has gone viral with more than 31.6 million views.

Do you know reason why? #fypシ #police #touch #4u #policeofficer

He asked his 2.3 million followers if they know why police officers do this.

Several of the more knowledgeable users commented that this is part of their policing procedures. One explained, “It’s to leave fingerprints so that when something bad happens to the cops, the car owner would be questioned or suspected.”

This stands for one reason cops would touch a car’s rear as soon as they are within range.

Another reason is to make sure the trunk is properly closed.

This has a lot of reasons, and one of them is for the cop’s safety. User Cassie Cote shares, “We also do it to make sure the trunk is closed, so no one pops out to shoot us.”

And the first reason is to make sure the trunk is closed. The trooper explains, “It may sound a little crazy, but you want to make sure that no one is about to jump out of the trunk and that it’s properly secured.”

The second reason? “Touching the rear of the vehicle puts the officer’s fingerprints on that car, showing that he or she was there with it. In case the driver decided to flee the scene, or if something happened to that officer, it ties both the vehicle and the officer together.”