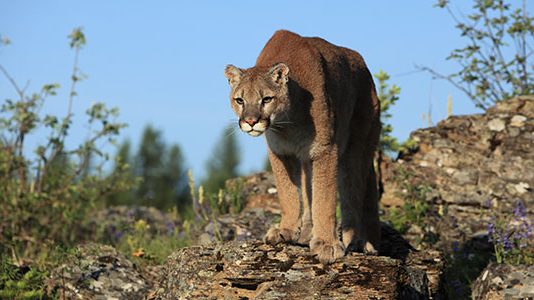 The staff of California Fish & Wildlife said a mountain lion has attacked a 6-year-old girl on Sunday. The girl was walking along the trail of Rancho San Antonio County Park and Open Space Preserve in Cupertino. She was 2 miles away from the parking lot when attacked.

The big cat was about to drag the girl, but just in time, an adult came to the rescue. “Right about when it grabbed ahold of the girl, there was an adult there that pushed the lion away into the bushes, and it ran off,” said ranger Brad Pennington from Midpeninsula Regional Open Space District.

He added, “She has minor injuries, a couple of puncture wounds on her calf, and she was treated for minor first aid. Then, her parents took her to the hospital.” No life-threatening injuries have been reported.

The Park has been closed and this marks the second attack this year and the 17th since 1986. Fish and Wildlife explained that mountain lions “generally are not a threat to people” and rare to spot in the wild. But to encounter one like this is very unusual. They are also tracking for the mountain lion that launched the attack.