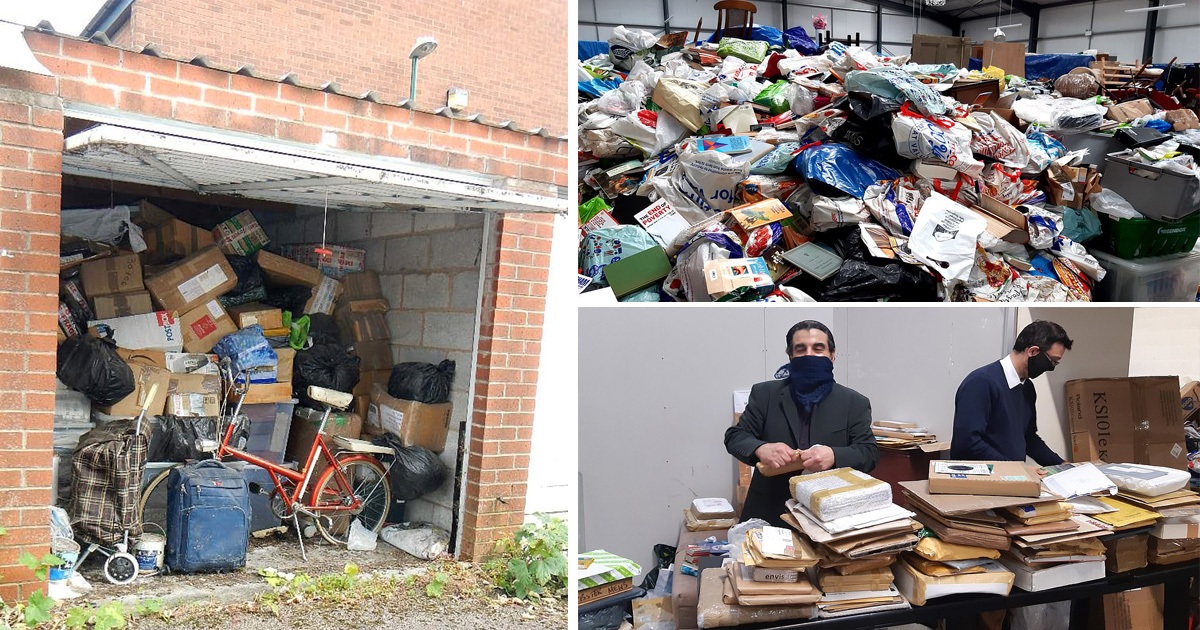 A startling treasure trove worth up to £4 Million has been discovered at a terraced home in Nottingham. The owner, who’s currently dubbed ‘Britain’s biggest hoarder had piled up a three-bedroom home, two garages, a rental flat, including twenty-four wheelie bins with 60K rare items.

The collection was incredibly stacked floor-to-ceiling in every room, with everything from an unopened parcel that dates as far back as 2002. The now-late owner, 44, had hoarded so much that he had no choice but to move into a bed and breakfast for the last year of his life. Stunned by the discovery, the owner’s brother summoned auctioneers to clear up the three-bedroom home.

Reportedly, it took a group of eight people in three vans, with an estimated 180hours over six weeks to clear up the house filled with items. The over 60K items have even been scheduled for auctioning with the Unique Auctions on October 22nd and 25th. Interestingly, the group could only access the house by removing bags and boxes one after the other.

Eighteen staff tasked with the selling of discovered items have accordingly spend an estimated one-month unwrapping. They indeed had to set apart three rooms to store it all in and of course, will sell the collection over a 4-day sale.

The hoarder worked as a computer programmer when he was alive and it remains unclear as to where he found the money in purchasing the items. Among the thousands of items are over 4000 rare books, brand new cameras, and lenses, 12 Rickenbacker guitars from the 60s, the Beatles memorabilia signed photos, letters relating to JFK, over 6000 vintage comics, and lots more.

However, it’s believed that the hoarder had started about eighteen years ago with the intention of selling and funding his retirement. On the other hand, his neighbors claimed a Royal Mail Van filled with parcels visits the address weekly without fail.