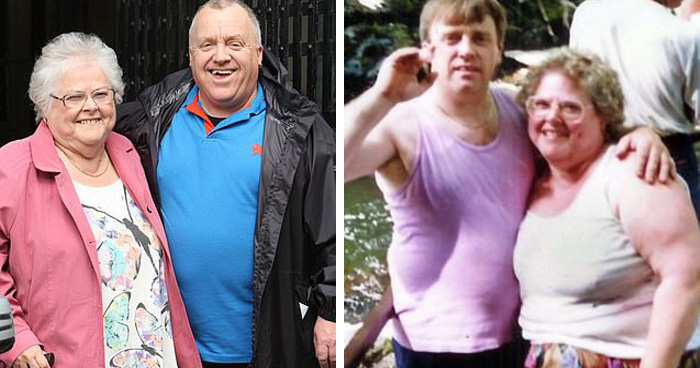 When you look at Clive Blunden, 65, and Brenda, 77 being together and lovey-dovey, you won’t suspect a thing. They look like a happy elderly couple, the kind of goals everyone wants when they get married. But who would have known that Brenda was Clive’s mother-in-law before becoming his wife in 2007?

Clive is from Warrington, Cheshire, and a married man to Irene Little. But their relationship did not last – eight years and two daughters later, Clive divorced her in 1985. He began dating Irene in 1989. Irene said, “I don’t even know who my mum is anymore – she totally betrayed me.” She also did not attend their wedding.

The two announced their plan to get married in 1997, but both of them would have been sentenced for ‘lawful impediment’. Brenda changed her surname, but Clive still had to work his way to demand the law to change. In 2005, an European Court fulfilled that and the two got married 2 years later in 2007.

Clive said, “People thought we wouldn’t last but we are stronger than ever. We’re together 24/7 and there’s a magic to it.”

Meanwhile, Brenda said, “Clive is a gentleman and he looks after me. I can get a bit argumentative but he quietens me down.”

Brenda’s daughter, Irene, commented, “This person who is smiling and laughing with my ex, posing for photographs and talking about renewing her vows is a total stranger to me.”

Clive added that while the family was shocked, it eventually became easier as they got closer. However, Brenda claims that her ex-husband had been a violent partner that was later denied by both Clive and Brenda.

Well, 30 years and counting, I guess.