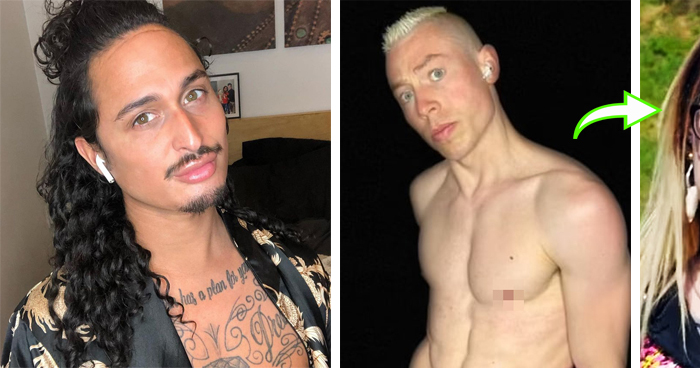 Catfish UK, the MTV show, returned to the screens following a break. And this time around, it featured Alex, 30, from Hastings, enlisting the help of hosts Julie Adenuga and Oobah Butler in tracking down his BF Matt amid suspicious of why his partner would never like video chat or meet him in person.

Alex asked Oobah and Julie to track down BF Matt after being suspicious of why he wouldn’t want video chat.

Alex, a hairdresser, has been dating Matt, a personal trainer, for over a year. In the latest episode, it, however, turned out that Matt was a woman called Jess, who had a revenge plan after Alex met her at a party and dubbed her ‘boring.’ Viewers were undeniably lost for words following the shocking revelation.

Alex has been dating Matt, a personal trainer, for over a year, yet they’ve also never met in person.

Alex couldn’t recall ever meeting with Jess, yet she didn’t hold back in seeking revenge. Jess confessed to using a voice-changing app to sound male while on the phone shared that her ‘anger got the best of her’ because Alex acted like billy big b******* and s****** her off. Both Alex and Matt only text and chat regularly, so Alex was infatuated with the person he thought Matt was after meeting on a dating app.

Catfished: Matt is actually a woman named Jess, who uses a voice-changing app to sound male.

The duo had even agreed on getting tattoos of each other initials on their wedding ring fingers. “We really clicked, and it felt like we’ve known each other forever. We talk every day and sometimes speak on the phone, but he always makes excuses, not video calls. There’s just something about that boy that makes me happy.” Alex told hosts Julie and Oobah.

Alex had believed he was regularly chatting/talking with this Matt.

He continued: “He only wants to speak at certain times of the day; I’ll hear from him for days and then not at all. He never wants to FaceTime. I’ve tried to call a couple of times, but he’s not picked up. But he means a lot to me.” Ahead of meeting up with Alex, Julie, as seen in the clip, said Alex’s case is the most hopeful out of every mail we’ve ever received, while Oobah said: “These are signs of a classic catfish.”

Ahead of meeting up, Julie claimed Alex’s case is the most hopeful out of every mail they’ve ever received.

‘Matt’ turned out to be Jess, who Alex met at a party. She had been upset at being called ‘boring.’

Traveling to Hastings to meet Alex, Oobah and Julie discovered an Instagram account of Matt but instantly felt it was suspicious. Matt’s pics had very few likes despite posting up to 20 pictures a day. Oobah had even suspected Matt was a bot. The duo noticed a flirty comment on a topless photo of Matt from a man identified as Charles.

On reaching out to Charles, they discovered he was Matt’s fiancé and partner of 13years. Oobah and Julie broke the news to Alex, who, of course, couldn’t help but break down in tears. Upon meeting up with the group, Jess, who pretended to be Matt, remained unapologetic, but when the four met two months in a video call, she claimed feeling bad and apologized.