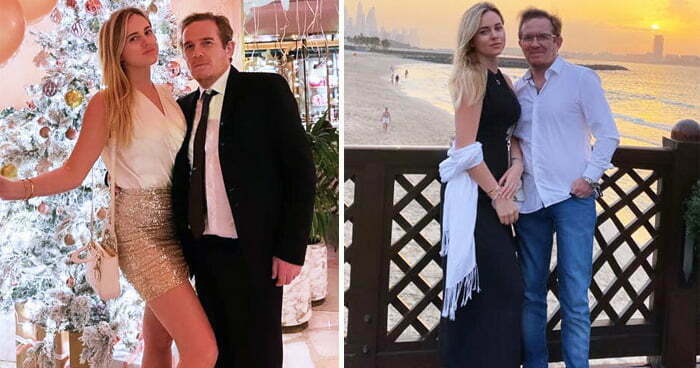 Italian Prince Sues His Belarusian Girlfriend Who ‘Milked Him For Gifts’

In 2019, Prince Giacomo Bonanno di Linguaglossa met with Tanya Yashenko at a dinner party and struck up a romance. The 51-Year-Old then took Tanya, 35, on glamorous trips worldwide to Dubai, Monte Carlo, and even the Maldives.

Reportedly, the Italian prince gave his Belarusian GF a Mercedes worth €38K, a €58K share in a Rome bed and breakfast, expensive jewelry, and €18K to help her rent a flat in the center of Rome. Giacomo has now launched a legal battle against Tanya after growing increasingly unhappy with the relationship.

While an Italian media reported that the prince kept stalking Tanya, II Messaggero claimed she hired a psychiatrist to give evidence on her behalf, but then the expert switched sides and now argued the Prince is the victim and that Tanya has been taking advantage of the psychological fragility of Linguaglossa.

From then on, the couple has enjoyed a romance, vacationing in places like Dubai and the Maldives.

It was also reported that it claimed Tanya sent texts to the Prince calling him dishonest, false, traitorous, deprived of empathy, mediocre, and a liar. In December 2021, the Times reported that Giacomo hit back with his legal action, claiming he was traumatized by the break-up of a previous marriage and therefore unable to make sound decisions.

Times reported he offered her a Mercedes worth €83K, a share of Rome’s bed and breakfast, expensive jewelry, and €18K to help her rent a flat in central Rome.

In his statement, the Prince said Tanya took advantage of him while in this state and wanted her to hand back all of the gifts he had bought her. His lawyer Armando Fergola told the Telegraph that Tanya had taken advantage of the generosity of her sugar daddy BF, who gave her cash and other properties worth €500k and €1 million.

Tanya had filed a legal complaint against the prince in 2021 and even hired a psychologist, but the expert switched sides and accused Tanya of taking advantage of Giacomo’s psychological weakness.

Despite the ongoing legal action, it’s revealed both Giacomo and Tanya had spent Christmas and New Year’s Eve together. And the prince recently also told II Messaggero he still loves the girl and equally took to his Facebook to write: “I would like to publicly ask my partner Tanya for forgiveness for my false statements.”

The Prince recently took to Facebook despite the ongoing legal action and publicly asked Tanya for forgiveness.