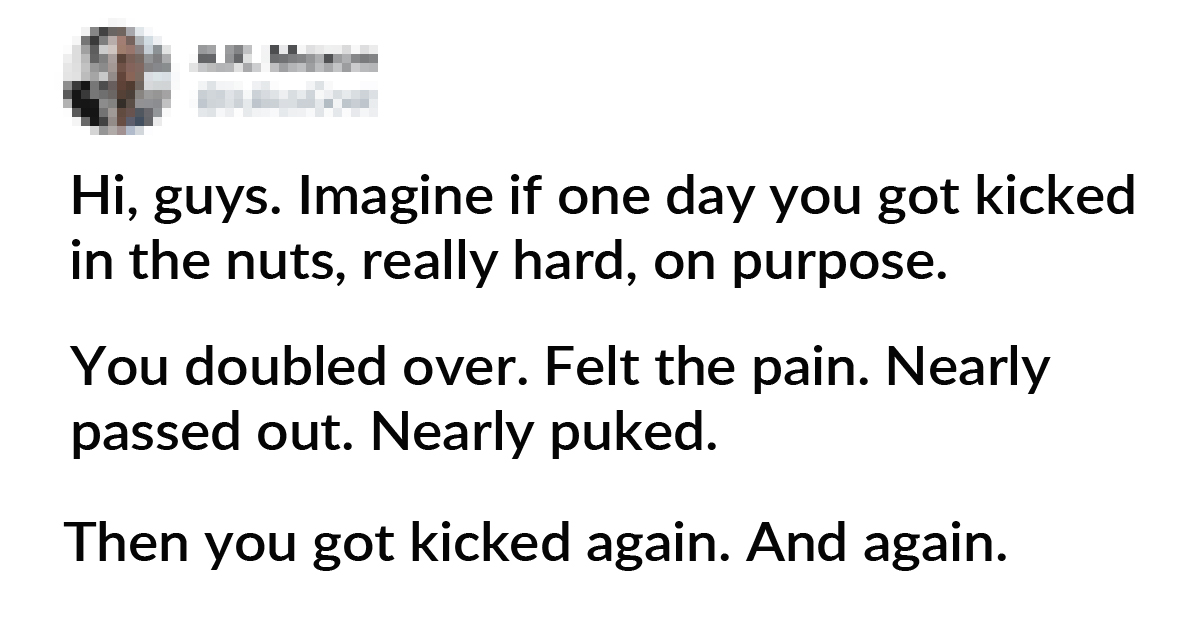 ‘Imagine You Got Kicked In The Nuts’: Man Perfectly Explained Women’s Rage Today

Any man alive today will not want to go ask to get their nuts kicked. At least except for the very select few, it can’t and will never be considered as something as pleasurable as sex. It is painful, horrible, and can even temporarily paralyze men due to the pain.

When Judge Brett Kavanaugh was confirmed for the US Supreme Court, Twitter user Moxon wants to share women’s rage to men.

We are blown away by this seemingly ridiculous, but accurate analogy by JuliusGoat. It is not easy for men to understand because in general, the perpetrators are guys and the victims are women. In most cases, the victim’s account cannot be taken as a proof to convict these men, allowing them to roam free and cause even more distress to others.

People are thanking Moxon for his analogy.

20 Stunning Brides Who Show Their Pics Before And After Wedding Makeup November 24, 2020