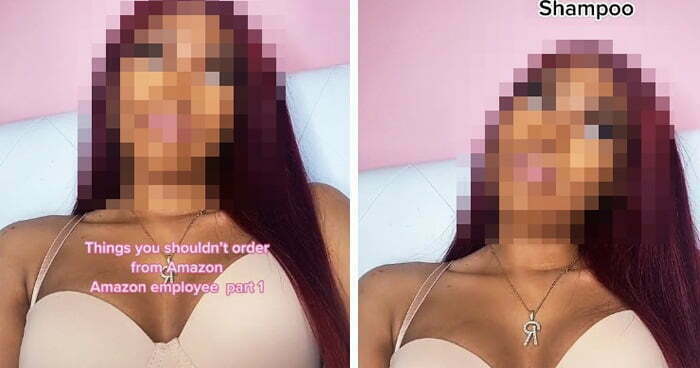 A woman who often shares clips of herself while working on Amazon warned people who want to buy these things on the platform. While still employed, she’d film the situation inside her workplace and share what happens behind the scenes in the warehouse of Amazon.

Her video has had comments from customers who agree with her warning.

At over 430k views now, the clip continues to go viral. And here are the four things you should never order from Amazon:

Beverages, shampoo, silicone kitchen appliances, and lotion with a screw-top – these are the four things you might want to steer clear. Now no more employed with the company, she also shared that she once had to stand for two hours at work with no break to sit.

She told The Sun that it was “modern slavery.” During work, she injured her right shin after dropping a heavy box. She wasn’t let to go to HR, so they didn’t have to deal with the liability.

“They would say, ‘Let’s see who can go the fastest within the next hour,’ and award that person with a free water bottle and items like that,” she shared additionally. The rules were strict at the warehouse, including no phone and no sitting down, or you’ll get written up or face management problems.

And speaking of the silicone utensils, she tried to explain, “Amazon hires anyone, and people do weird stuff.”

Well, it seems that people are familiar with the reason why.