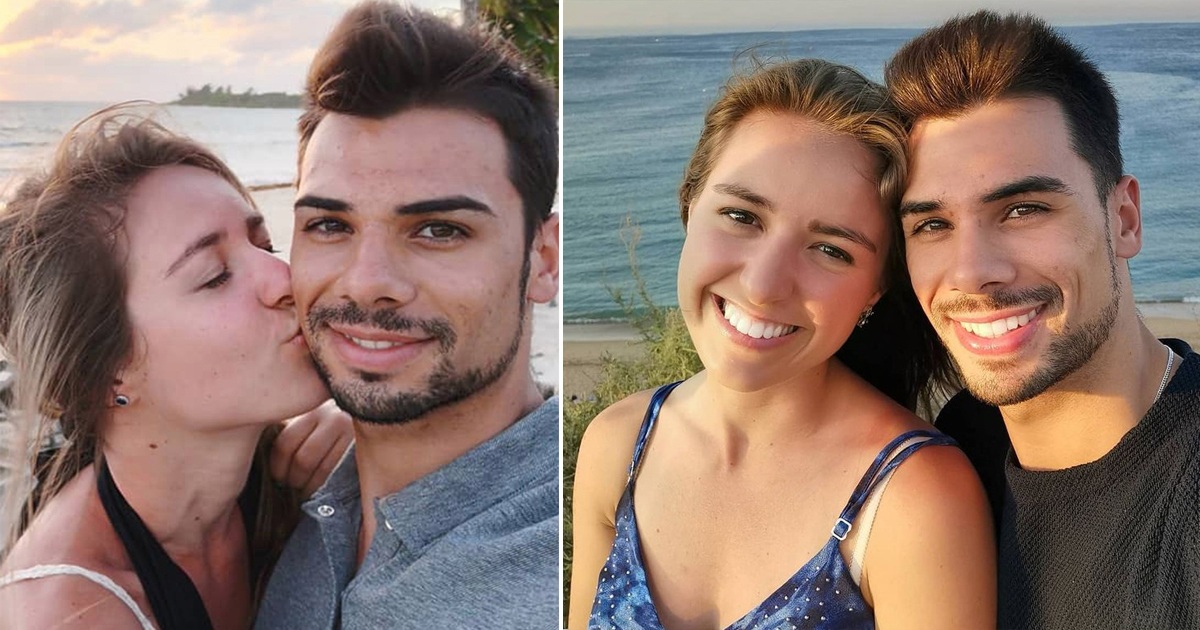 ‘I Married My Stepsister, And Now We Have A Baby On The Way’

Just when MotoGP star Miguel Oliveira created history in August 2020 by becoming the first Portuguese rider to win the elite sports division, a particular person flooded him with special praise. It turned out; the person is Andreia Pimenta – Oliveira’s stepsister and also his fiancée.

Miguel Oliveira, 24, is married to his step-sister, whom he has known since 13.

The duo met at age 13 after their dad married Oliveira’s mother. A sexual relationship emerged, and after keeping it secret for 11 years, they eventually went public. Fast forward to August 2021, Oliveira has shared pics of his wedding day marrying stepsister Pimenta, who’s now pregnant with the pair’s first child.

The couple who had a secret relationship for 11 years is now expecting their first child together.

Taking to Instagram, Oliveira, 26, shared the news with his 634K Instagram followers, saying: “This weekend we made the most important curve of our lives. We sealed our love through marriage, and we want to share it with you. I feel happy and lucky to share my life with my wife, who is my other half. Thank you all.”

The rider, who made history by winning his first Portuguese MotoGP in August 2020, had opened up about falling in love with Pimenta and plans to marry her.

In the same vein, both Pimenta and Oliveira shared that they were expecting their first child together. News.com.au reported this, sharing a photo of the ultrasound and the baby bump. “Our lives carry out with a special company. A job that will last the rest of our journey. Anxious to meet you, my love.” Oliveira wrote on Instagram, to which the official MotoGP Commented: “We’re so happy for you and can’t wait to have a new member in the paddock.”

Oliveira popped the question last year, but their wedding got postponed due to racing his commitments.

His colleague, Maverick Vinnales, also commented: “Congrats, Miguel! Is the best thing you could experience in the world.” Specifically, Pimenta, 24, is the daughter of Oliveira’s father’s second wife named Cristina. In an interview with Marca, Oliveira’s dad claimed he was happy that his son was getting married to the woman of his life.

As reported, Pimenta is the daughter of Oliveria’s father’s second wife.

Earlier, the Portuguese had opened up about falling for his step-sister before sharing the wedding news in 2021. In an interview with Manuel Luis Goucha, Oliveira revealed that there was great friendship before love and that he and Pimenta grew up together. “At some point, we realized that it was more than a friendship; it’s a very strong love. We were going to get married this year, but that weekend I had a race, and we had to postpone it next year.”

However, Oliveira is eighth on the MotoGP riders’ standings with 85 points and three podiums.