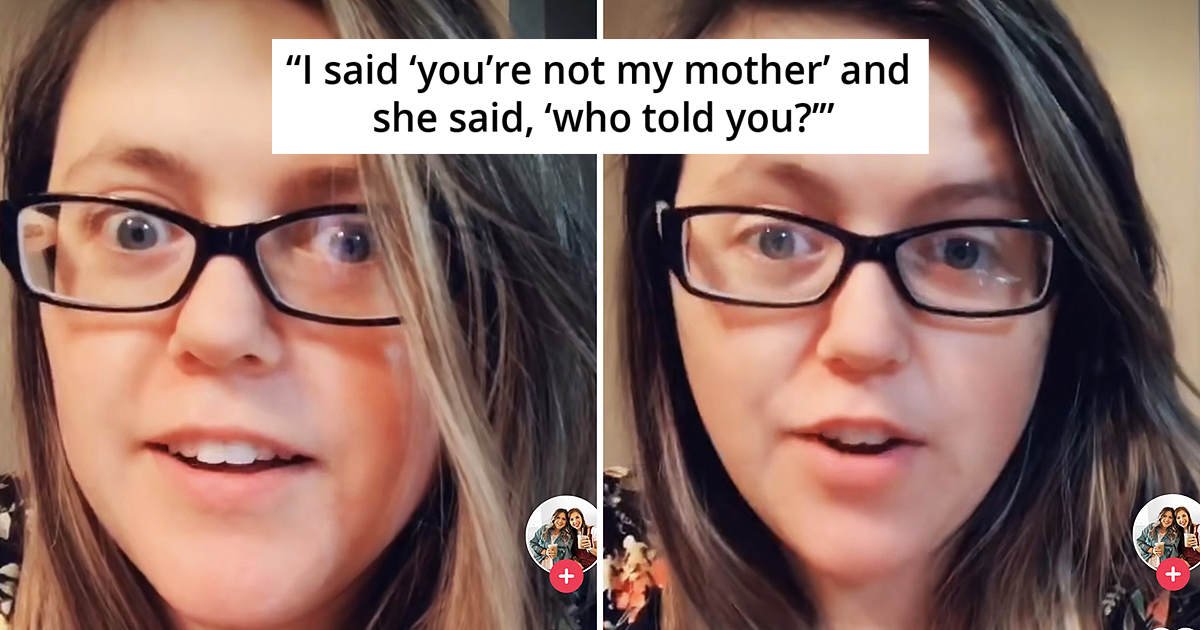 Londyn Danelle spent her childhood believing she was adopted and raised by a stepmother. But shortly after she turned 11, Londyn realized everything she thought she knew about her family was a lie. The assumed stepmother was her grandma, and shockingly, her sister was her biological mother.

Londyn Danelle spent her childhood believing she was adopted and raised by a stepmother, but as she turned 11, she learned that her sister was her biological mother.

Londyn’s other sister turned out to be her aunt, while she assumed grandma was her great-grandmother. This revelation surfaced after Londyn got into an argument with the mom (her grandma) raised her at age 11. Taking the revelation to TikTok, Londyn explained: ‘When I was 11 I was an argument with my mom, the one that raised me. I said, you’re not my mother. You’re the wicked stepmother. I am adopted.’

Part 1: The story time you’ve all been waiting for! ❤️ ##UnitedWeDance ##SummerProject

‘I had no idea I was being a brat, and we got into this argument, and she said, who told you? At this point, I’m freaking out, and I said nobody, I figured it out. At the time, I had a friend over, and she told me to send the friend home and told me to come to sit on the couch because we needed to talk. At that point, I found out my sister was my mother, my mom was my grandma, my other sister was my aunt, and my grandma was my great grandmother.’

Londyn’s other sister turned out to be her aunt, while her assumed grandma was her great-grandmother

Having said this, Londyn’s TikTok followers’ were left stunned and requested more details. But unfortunately, she admits she doesn’t know much else. ‘I don’t know why I was adopted. I still don’t know the truth behind everything. There’s a lot of hearsay, a lot of he said, she said, and I don’t think I will ever know.’

‘What I do know is this messed me up; I don’t think they had any intentions telling me. They didn’t expect me to find out. I have been struggling with identity, trust issues, and you name it.’ Londyn said in the updated clip. Nonetheless, this situation appears challenging to understand, especially for Londyn, who has lived in the shadow of this kind of deception.

Londyn’s TikTok followers were left stunned and requested more details. But unfortunately, she admits she doesn’t know much else

Bringing old secrets to the surface is undeniably hard for everyone involved – even harder than keeping the unknown in the first place, but then Londyn claims her faith has assisted her through the turbulent times.