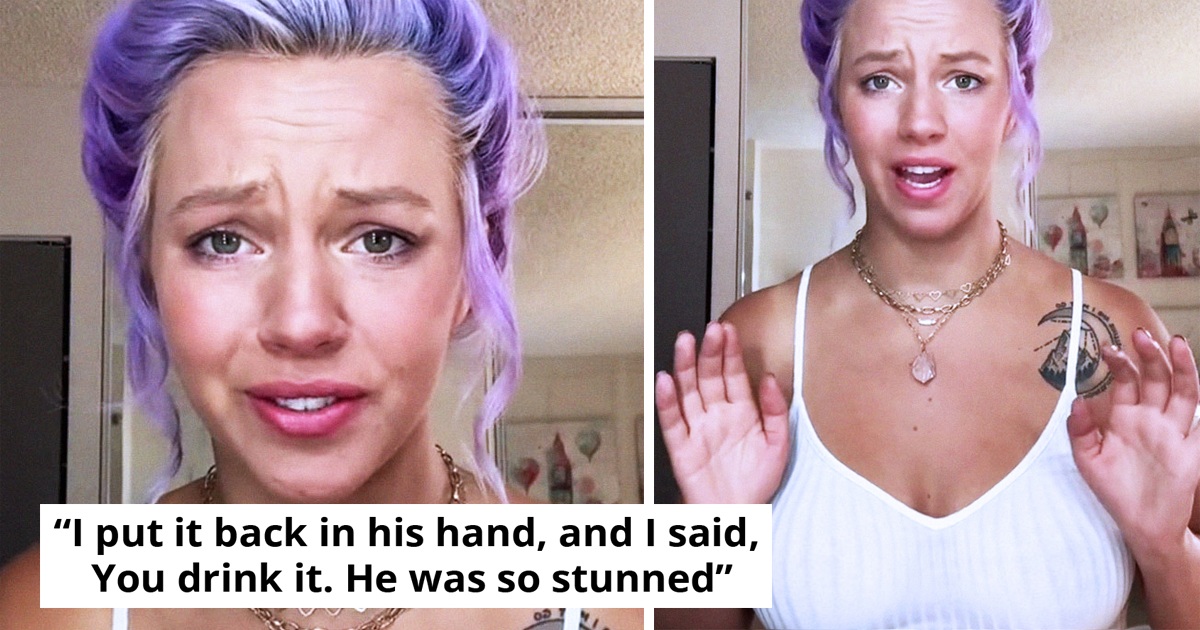 ‘I Had A Very Scary Experience With My Friend, And I Wanted To Share This To Make Everyone Aware’

When you put this in perspective, this is yet, another date rape story. Yet, another attempt from predators trying to drug their victims and to take advantage of them. There are way too many stories that just sound like what TikTok user @aili.likes.adventure went through; it’s become something women often have to remind each other.

Aili shared her story of saving herself and her drugged friend from a scary situation. She hopes this will help other people.

“We went out for drinks at a bar that we had never been to before. And my friend was up at the bar buying our second round. This guy came up to me and asked if I wanted a drink.”

Aili politely refused the offer and then moved to the patio with her friends. While they were having a chat, three guys came up and sat next to their table, but it wasn’t anything worth noticing to them then.

She continued, “So we just continued on with our night and ended up hitting the dance floor. I’ve never gotten to dance with this friend before, and we were having the time of our lives until those men showed up on the dance floor.”

She and her friend have been refusing dance offers from men by saying they were gay and just wanted to dance with each other, “But these men were kind of persistent.”

Her friend immediately downed hers, but it was different for Aili. She shared, “As I put my hand up to my lips, a voice dropped in my head, and it said, ‘Do NOT drink that.'”

The man was stunned and backed away, all while saying ‘no.’ Aili kept pushing the drink to his hand and tried to make him drink from the glass. The man tried to reason that he got it for her, but Aili was firm and told him she didn’t want it.

“‘Let me see you take a drink.’ He wouldn’t even take the drink from me,” Aili continued. “So I immediately stopped my friend from drinking, grabbed her by the arm, and I said, ‘We’re leaving.'”

But the men got physically confrontational and Aili, with her voice cracking, said, “I had to physically push him off of me. Thank God, I’m a strong a** b***ch.”

The friend that came with Aili went from dancing to stumbling around and unable to speak properly. “We were waiting for our Uber, and I felt eyes on me. So I turned around, and I saw the two men standing on the steps staring at us.”

She told her friend those are the men, but they were gone when they both turned around again. They made it home safe that night, but Aili shares that, unfortunately, many don’t.

Aili said that she felt like sharing her experience “could stop this from happening to someone else.” It now has 5 million views.

“Please, share this with someone that you think needs to hear it,” Aili said. “And always, always, trust your intuition. If something doesn’t feel right, it’s because it is not right.”

One in every four American women has been sexually assaulted or raped, according to this study.

Experts remind people, “The primary sign of being drugged is a sudden, unexplained change in consciousness. A person who thinks they may have been drugged should seek safety first and foremost.”

The most common types used are Benzodiazepines, Ketamine, and GHB. Out of these three types, only Ketamine has a distinguishable taste, but perpetrators often use strong alcohol to cover it up. Ketamine’s reaction is also fast and almost instantaneous.

Benzodiazepines are a type of anti-anxiety drug and cause you to lose consciousness slowly.

GHB is often home-cooked and can be fatal when overdosed. The effect starts kicking in from as early as 15 minutes after consumption.

Here are tips to protect yourself: