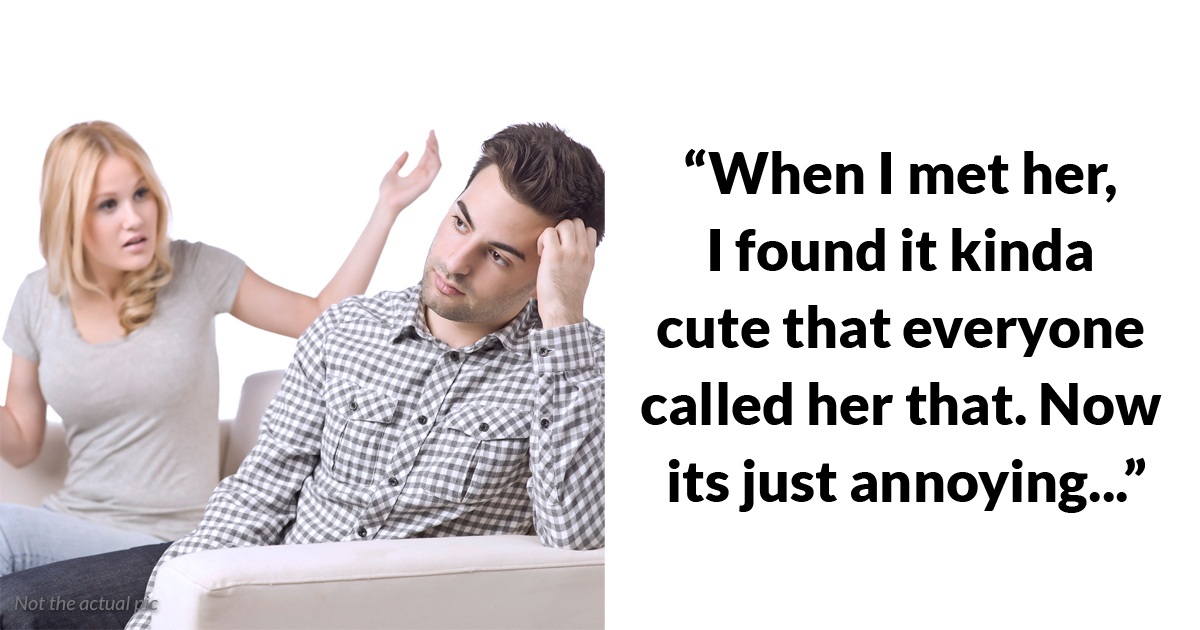 Parents usually have their baby’s name ready before birth. And it’s common to prepare both feminine and masculine choices if they haven’t figured out the gender yet.

And while it’s uncommon, it’s not unheard of for a woman to have a masculine name and vice-versa. Those situations can catch us off-guard, but it’s really not a huge thing to worry over, right? Because there are a lot more things, people should be wary about the above nicknames in life and marriage.

Well, a man’s wedding is about to fall apart over a name.

You did not read that wrong. This man is too worried that people think his partner is trans that the relationship is in jeopardy.

We all have pet peeves, things we’re annoyed about in life that others don’t have problems with. Maybe it’s the mismatched shoes or having parents calling their girls with boyish names. But people find it unbearable that he’d get so far as getting engaged with a woman whose name is “teeth-grinding” annoying.

As the group is dedicated to giving judgment on posters, people quickly tell him that he’s a jerk. One wrote, “Grow the hell up. The only person who matters here is your wife as it is her choice as to what to be called, and if she is introducing herself and perfectly happy with the name Michael, then that’s it. End of story.”

“You’re going to lose your wife over a name – shows how much you actually love her. She deserves so much better. I hope she and her family put you where you belong – in the past,” wrote another.

If she chooses to be Michael happily, he either accepts it or leaves.