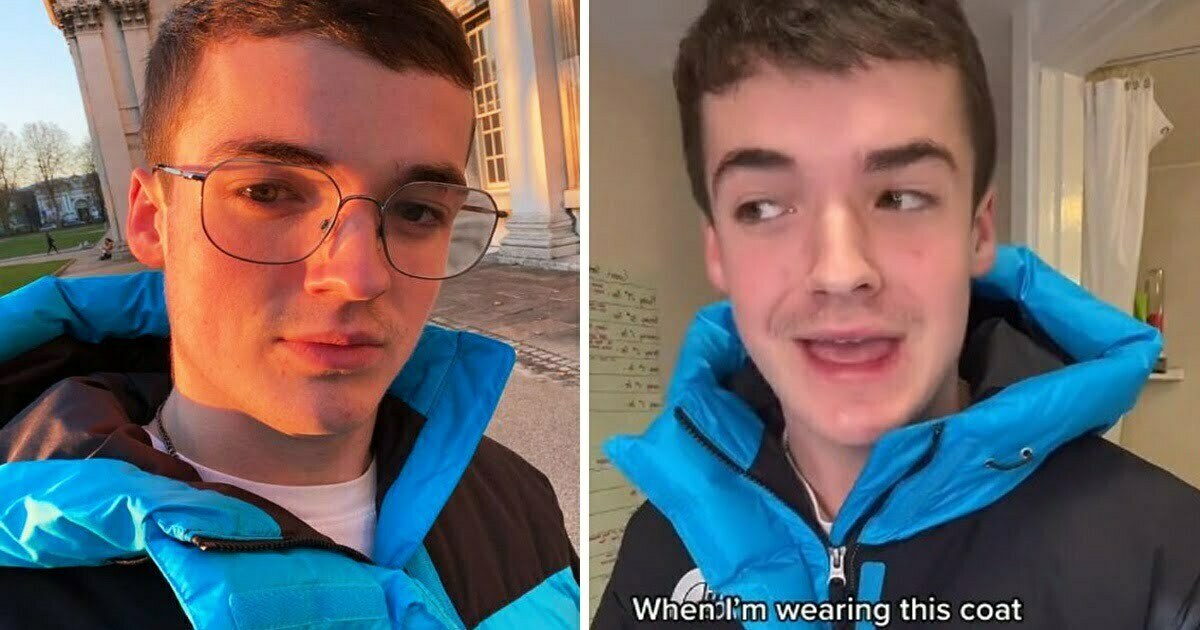 Connor Cundale felt like a laughing stock around his campus after splashing out $400 on a North Face Coat, only for people to mistake him for a Primark employee due to the coat’s blue and black colors. The 20-Year-Old was so embarrassed that he couldn’t help it but had to return the coat three weeks after for a jacket that wouldn’t make him look like a walking Primark advert.

Connor, 20, felt ’embarrassed’ after being mistaken for a Primark employee wearing this coat from North Face.

Taking to TikTok to poke fun at his predicament, the student shared some employees of the fashion retailer had commented on the likeness to their uniform. He then showed himself wearing his coat on Clifton Suspension Bridge in Bristol, UK, and his caption read: “You think you can hurt me? I spent £300 on a coat just to look like a Primark employee.”

A customer in Primark had asked if he worked in the clothing store.

Students at his university also commented on the coat’s likeness to the uniform.

@connorcundale The amount of people who have asked me for help when I’m in Primark in this coat… #fyp #foryoupage #primark #northface #youthinkyoucanhurtme original sound – Ailyn.Arellano

Connor from Buckhurst Hill, Essex, according to Ladbible, explained that on the day he purchased the coat, he went out with his friends in the evening only for one of them to comment he was wearing a Primark coat. He added: “I didn’t think anything of it, but that evening, it clicked in my head that I was a walking Primark advertisement. The colors were spot on.”

The 20-Year-Old has since returned the coat just three weeks after purchase as he felt like a ‘laughing stock.’

“I was in Primark one day, and this lady tapped me on the shoulder. She asked, ‘do you work here?’ I just turned around and laughed. I said, ‘No, I’m just repping the colors. After that, I noticed loads of people staring at me. I don’t know if I was being paranoid, but I was wondering whether people were going to come up to me to ask for help. It put me off wearing the coat in Primark; it put me off wearing the coat point-blank.”

“Nothing is wrong with working in Primark, but you wouldn’t want your coat looking like a brand’s uniform.”

Fortunately, North Face refunded him on his purchase.

Connor continued, saying there’s nothing with working in Primark, but no one would want their coat looking like a brand’s uniform. He ended up returning the coat, and fortunately, North Face refunded him on his purchase, allowing him to switch up the color palette.

And Connor was allowed to swap his blue and black coat for a different color [pictured].

While some TikTokers branded him ‘stupid’ and said the joke was on him for paying so much for his fashion faux pas, many saw the humor in Connor’s situation, as they agreed with the comparison. One person wrote: “Employee of the month boyo, now get behind them tills.” Another, who seems harsh, added: “Bro, you spent £300 on a coat. The jokes on you.”

Some TikTokers said the joke was on him for paying so much for the fashion faux pas, but many saw the humor in the situation.