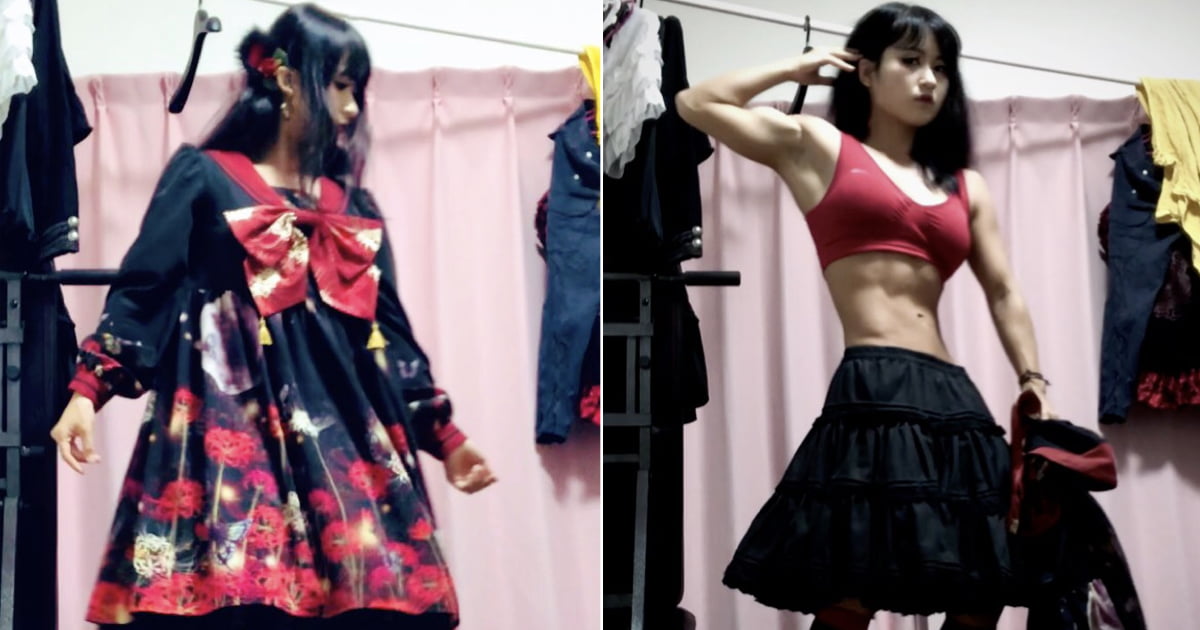 We all use all sorts of terms to describe fit individuals and their muscles, but evidently, some descriptors fit better than others. For quite a fraction, the word remains ‘Ripped.’ Besides, who will imagine a gothic Lolita fashion lover with physical strength and power? While there is undeniably some notable impression in Japanese fiction, including anime characters, gothic fashion lover, and physical strength is downright unexpected.

If you are among the individuals still imagining the aforesaid question, it’s time you meet with Raraka, a 1st-year medical intern who loves wearing fashion, described as Lolita, leaning towards Gothic.

Turned out, Raraka also enjoys bodybuilding and the rare combination has indeed left social media users stunned after she shared photos of herself in an ongoing thread on Twitter.

‘Lolita clothes are actually heavy and does require physical strength to put on. I reached a decision to be a gorilla anyway.’ Raraka captioned her photo. As seen on Rakara Twitter page, she participated in a trending hashtag titled:  #脱いだときのギャップ選手権, which implies a tournament to reveal the gap between a dress and an undress look.

Nevertheless, Raraka is about strength both inside/out and her photos are proof. On the other hand, the Gothic Lolita fashion was originally motived by both adorable and childish elements, but now it’s gradually becoming a notable practice.