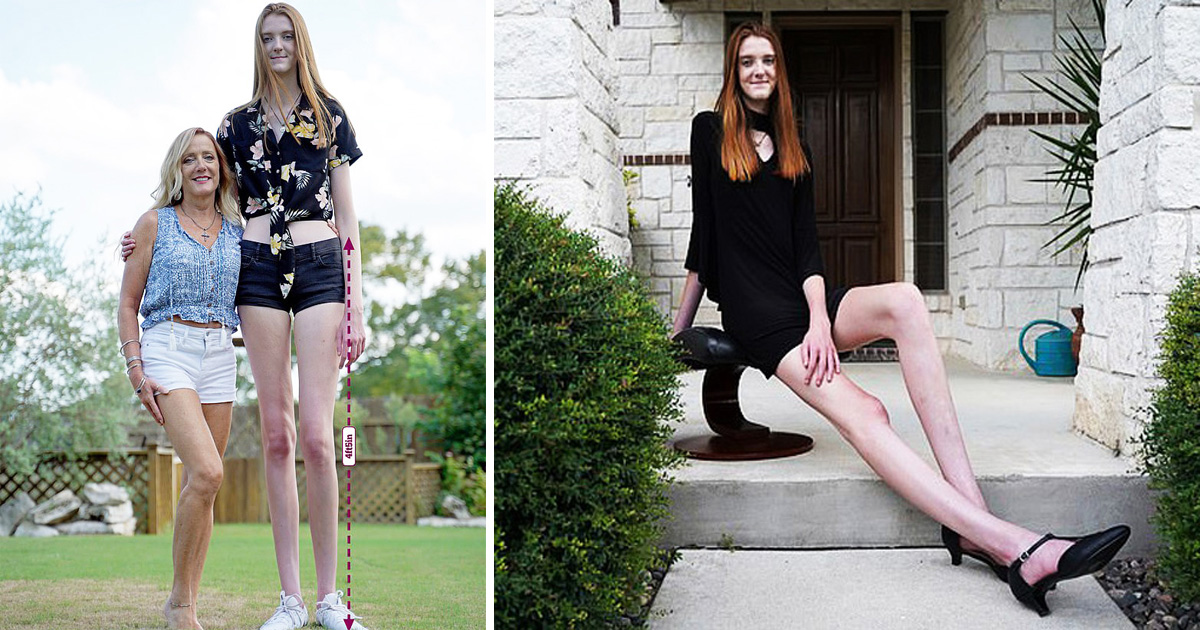 Girl, 17, With The World’s Longest Legs ‘4ft 5Inch’ Has Aspirations To Become A Model

There’s presently a new name for the record of Longest Legs across the world. Let’s introduce you to Maci Currin, a 17-Year-Old from Austin Texas, who has a height of 6ft 10inch. Securing the title of ‘Girl with Longest Legs’, Maci’s legs measures an estimated 4ft 5inch long. And for being that tall, she does have big aspirations to become a model.

Maci only realized she could be on the trot for the Guinness World Record when she was given a custom pair of leggings in 2018. Specifically, her left leg is over 4ft 5Inch long while her right is shorter, beating out Ekaterina Lisina – the Russian basketball celebrity with 4ft 4Inch legs.

‘There are certainly some negatives in having long legs. Hitting of the head, walking through doors, finding clothes that fit and getting into cars can be tasking.’ Maci explained. She does have a nice message for everyone, advising that we embrace our physical attributes instead of hiding them.

Interestingly, Maci is taller than her mother Trish, who’s an average 5ft 7Inch. Her dad, who’s a Cameroon-based is, however, 6ft 5Inch tall while her brother Jacob is 6ft 3Inch. At birth, Marci measured just 19inch but at age 9, she was 5ft 7Inch. Nevertheless, the teen will have to grow slightly a few inches to overtake Sun Fang with 7ft 3Inch, the 33-Year-Old tallest living woman from China.

While it’s evident that people around her would feel so short, Maci plays the sport of volleyball in her school and aims to also study further in the United Kingdom.

Jeff Bezos Reveals The Secret To His Success: Getting 8 Hours Of Sleep November 26, 2020