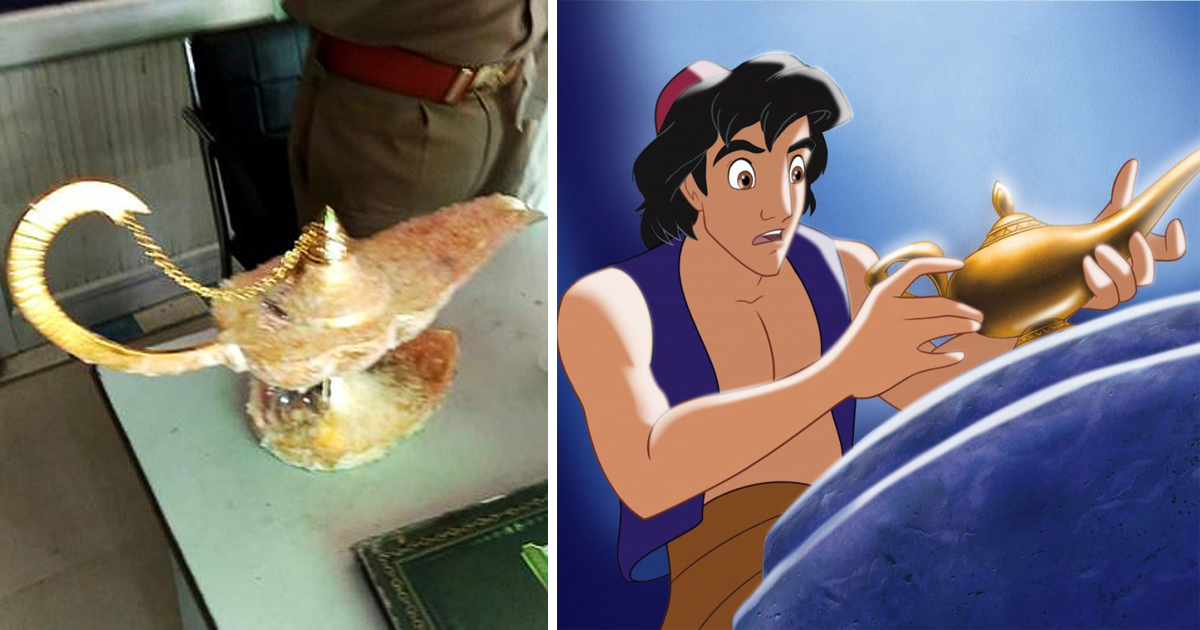 Aladdin and his lamp! Humans and desires! Who on earth doesn’t yearn to have all their dreams come true? The quest to have dreams become a reality has gotten many us into serious debts and troubles. Such incidents aren’t all trending, but a few that always emerge sparks outrage on the internet. One good example is a recent incident which witnessed a man being tricked into buying a fake Aladdin-style wish-granting lamp.

Fortunately, the two sellers were arrested after duping an Indian doctor into purchasing an Aladdin’s lamp for over £70K and even conjured up a fake genie. Laeek Khan, a medical doctor in London, before returning to India, visited cops in the Northern State of Uttar Pradesh after discovering that the lamp he had bought doesn’t have any magical powers.

In the complaint filed, Khan revealed he struck the deal for over seven million rupees, adding that one of the men’s wives, who’s currently on the run, was also involved in the fraud. Reportedly, one of the men had pretended to be an occultist and made a supernatural figure identified as Jinn coming out from the lamp.

Reacting to the figure, Khan added that he questioned if he could touch the genie or take the lamp home, but the men refused and said it’s highly dangerous and might even cause harm. After serious discussions, the lamp was sold, encouraging it will bring in good fortune, wealth, and health, but sadly Khan realized that the genie earlier showed was just one of the men acting in disguise.

‘The men have equally cheated other families using the same method. The total amount of earnings involved runs in several million rupees.’ Amit Rai, a senior officer, explained. Nevertheless, the men have been apprehended and are presently in custody ahead of being charged.