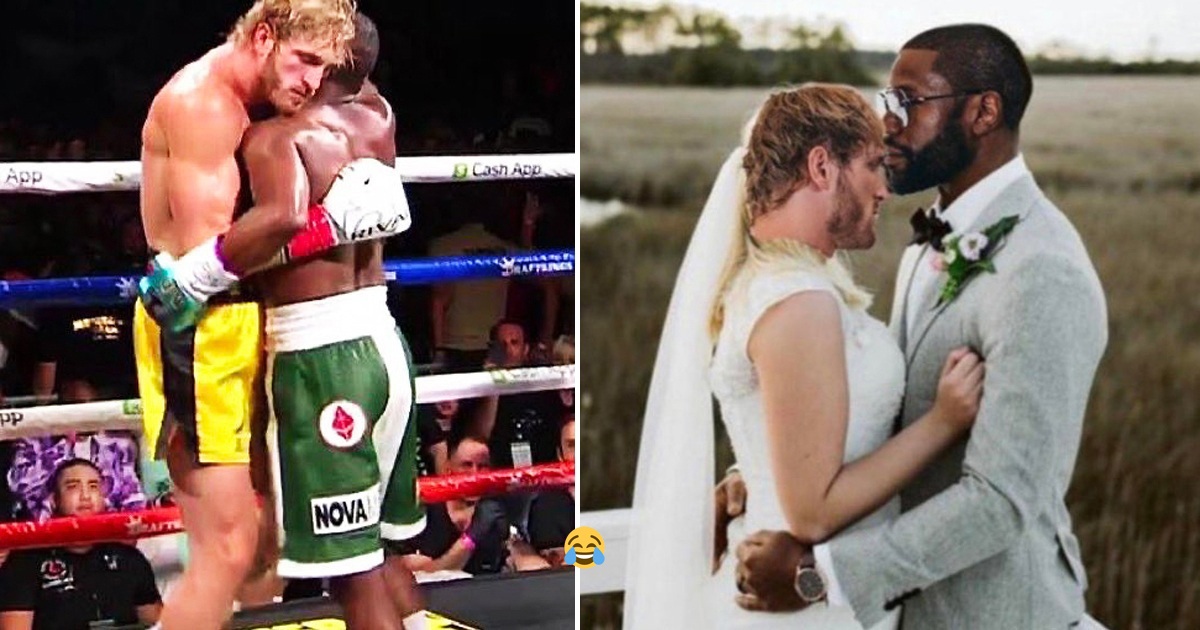 For the first four years, Floyd Mayweather returned to the boxing ring and did all he could to beat YouTuber turned Boxer Logan Paul in an eight-round exhibition Sunday night at Hard Rock Stadium in Miami Gardens, Fla. The pay-per-view event had no judges to score the fight; hence it was eventually deemed a draw.

Logan Paul surprised everyone as he went the full distance against boxing legend Floyd Mayweather.

Paul enjoyed success at the end of the first as he ushered a flurry of punches, which forced Mayweather to defend. At the third round, Paul appeared fatigued as Mayweather started to pick him off with blows to the body. As Paul will undoubtedly testify, there’s nothing hilarious about being repeatedly punched in the head by one of the world’s fighters.

The YouTuber-turned boxer stood his ground and showed solid skin to Mayweather’s punches.

Mayweather’s best round was the 5th, where he landed a left hook, numerous straight rights, and an uppercut that rocked Paul, who at this point was barely able to lift his arms as fatigue emerged. At the 8th round, the fight experienced a dash of thumbs down from fans who had expected Mayweather to score a knockout.

Paul used his jab well to keep Mayweather at bay.

“I had fun. He’s better than I thought he was. He’s a tough, rough competitor. I was surprised by him tonight.” Mayweather said, adding that Paul knew how to use his weight to his advantage. Mayweather reportedly weighs 155lbs while his opponent scales at 189.5lbs. However, Paul took his beating on his feet though and did walk away with a reported $26million paycheque.

Mayweather reportedly weighs 155lbs while his opponent scales at 189.5lbs.

Mayweather is worth in the region of $100m when all the pay-per-view numbers were accounted for. The highly-anticipated sporting event didn’t go without technical difficulties. Some people claimed they had trouble streaming the publicized fight. Also reacting, Paul declared the battle as the best day of his life, having gone the total distance and equally hinted at a REMATCH.

Paul finished the fight with some markings around his face.

“He was slower than I thought; father time is catching up with him, perhaps. This is still one of the greatest moments of my life damn, I’m happy. You never know with this guy, I’m going to go home thinking. Yo, did Floyd let me survive?” Paul, according to Daily Mail, said after the final bell.

Paul in jubilation after the fight in Miami on Sunday night.

He continued: “He’s one of the GOATs, and in many ways, he controls this sport to the tee; that’s what makes him great. It’s an honor to grace the ring with him. I don’t know what the next man is, I’m going to go in the water, and I’m going to the beach. Floyd Mayweather – Logan Paul 2? I don’t know, let me get a little better; maybe I can end it next time?” So far, Mayweather, the boxing legend, has admitted that afterward, he might never fight again after failing to beat 26-year-old Paul.

Internet users have since reacted to the fight. Here’re few ones: