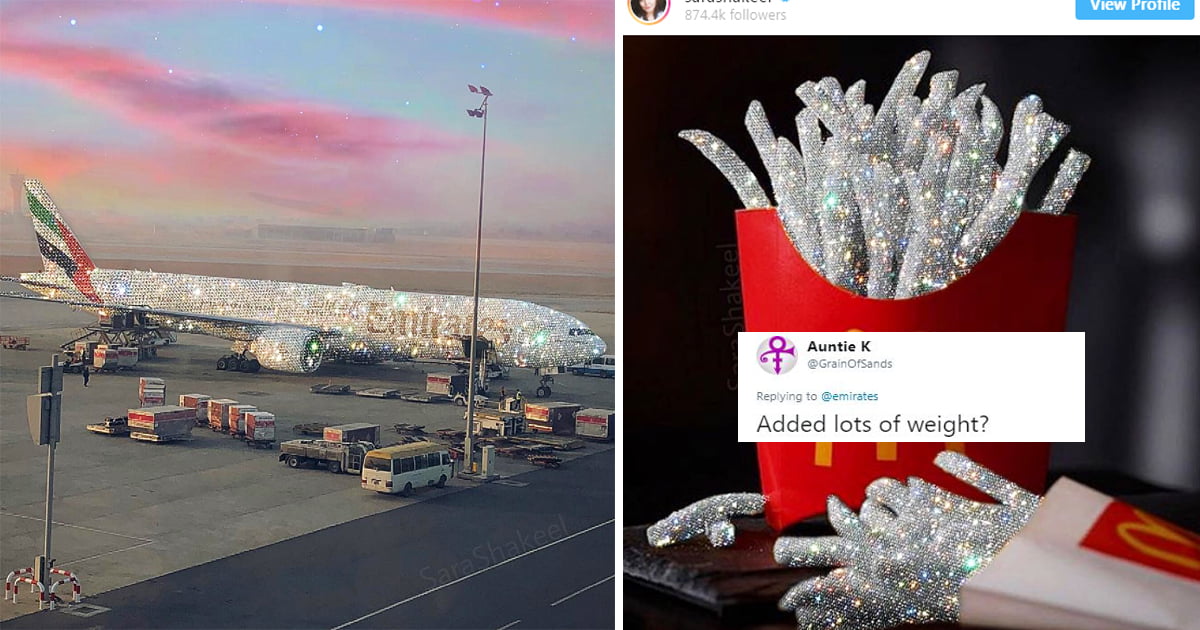 The Internet recently went a lil nuts when the official Twitter account of Emirates Airline posted a Boeing 777 of theirs plastered completely in shiny diamonds. It looked definitely ravishing.

Several people loved how it looked and called it ‘Girl Plane’.

With all those shines, we doubt anyone dares to call this ugly. Especially the chances of one of those diamond to fall are high. And yes, it does look very attractive and who wouldn’t want to get to try to ride in one? Even though you won’t be able to see how it looks like from the outside when you’re seated inside.

Well, that’s if this is real!

This is actually just an art edited by Sara Shakeel, as mentioned in the tweet by Emirates.

Sara Shakeel loves glitters and does it on a lot of objects and places. She also does it on people!

But now that this is out here…

On the other hand, we’re just glad that nobody is riding a plane which has its engine covered in hard rocks. It will definitely look ugly when the plane lands in places it never planned to.