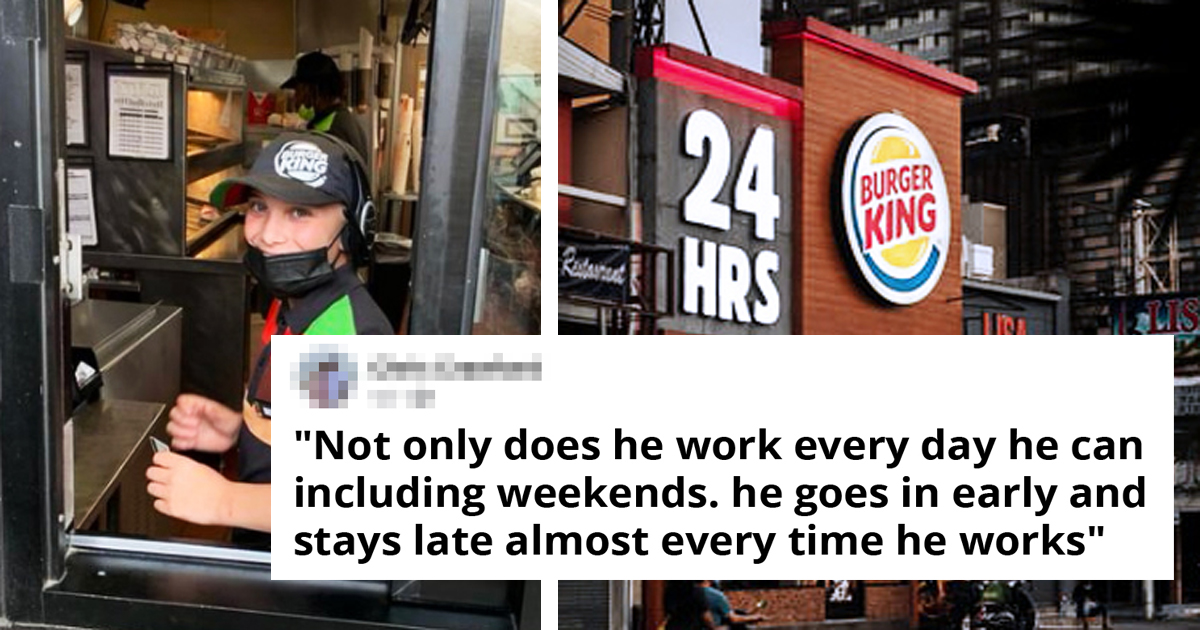 Dad Praises His Son, 14, Working At Burger King And It Sparks Debate Online

Who still remembers taking odd jobs during summer and working part-time for extra cash during school years? Most of us don’t enjoy working, but it wasn’t that bad as we were paid for our labor. Plus, we were bored as the Internet wasn’t as penetrative and fast as it is today.

A father’s proud moment of seeing his son work at a Burger King quickly became a heated topic amongst people online.

The dad proudly shared that his 14-year-old is working as a PT at Burger King. He wrote that he works “every day he can, including weekends when most kids are out enjoying their summer” and seem to spend a whole day there. The kid also “stays late almost every time he works.”

Some users feel a little iffy about it and shared their concerns.

However, the dad thinks that his son was “being responsible” as he took on the job and told others to “take notes.”

People are also bringing up child labor and exploitations by working young kids for such long hours as well.

Another user pointed out how being overworked as a child can affect you in long-term with your outlook in balancing life and work. People especially pointed out how this child is working every single day including the weekends and is even staying late.

But some others who have been working during summer season approves his motivation.

Eventually, it converged to people agreeing that he’s working way too many hours.

Regulations may vary among states. Fair Labor Standards Act dictates that children between age 14 and 15 are allowed to work outside school hours for non-hazardous jobs for limited hours. Three hours in a single school day, 18 hours a week, and 8 hours in a single non-school day with a total of no more than 40 hours in a week.

Not to mention that fast-food chains are generally workplaces with high stress and turnover. The drive-thru is particularly demanding as you need to catch the order fast and make sure you get the right order out in time. A 14-year-old might not be able to withstand that.