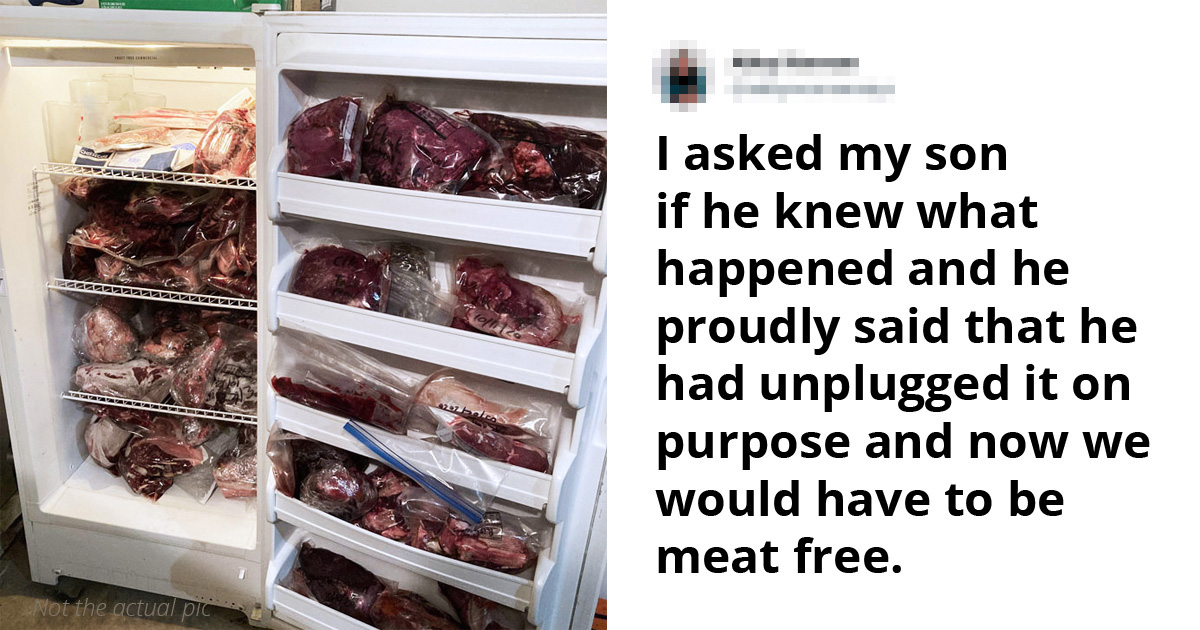 Parenting in 2021 has never been harder. It has always been challenging, but faced with a situation that has never been seen before; parents are just about to throw their hands. Recently, a dad shared that his son had decided to unplug their freezer, causing the meet to stink and rot.

It’s easy to tell your son what is wrong, but when said son turns out to be vegetarian AND feels like what he did was not wrong in any way, disciplining becomes tricky to do. The punishment must happen, but he wondered if that had been too much?

A hunter dad and his vegan son got into an argument: “AITA for making my son deal with rotten meat.”

One of the most common parenting methods is spanking. Several parents and even children may tell each other how they grew up well with that method. Some others attested that it was a quick, foolproof method that stops them from doing what’s bad.

A pediatric study on this method, however, rules that spanking for very young children will bring long-term negative effects on behavioral and cognitive development to the kids. For example, the father’s high-frequency spanking at age 5 was associated with lower child receptive vocabulary scores at age 9.

On the other hand, verbal punishments aren’t better, according to another study. Even if the parents are known to be otherwise kind and nice, using words to verbally punish kids harshly leads to an increase in adolescent conduct problems and depressive symptoms.

People observed that his ruling was completely fair and hopefully, it’ll teach the teen some important lessons.